While looking for a possible new shrine to a recent slaying victim in this neighborhood, I encountered this legacy memorial at the edge of a park in the 200 block of Newcomb Street SE
Washington, DC. It honors Alonte Michael Sutton, who was killed on May 8, 2010, and Marcus Brown, who was killed June 14, 2009.

The DC police report for Mr. Sutton.  At approximately 10:50 a.m. on Sunday, May 9, 2010, members from the Seventh District responded to the 200 block of Newcomb Street, SE, Washington DC, for the report of a missing person. While investigating this report, members received information that the missing person had been seen the day before in the 200 block of Newcomb Street SE being chased into a wooded area by a suspect who was shooting at him. This information was consistent with a report of the sound of gunshots in the area that police had responded to on the previous day.
Officers conducted a search of the wooded area and discovered the body of a male victim at the bottom of a steep incline where he had apparently fallen and was also suffering from several gunshot wounds.  Officers found no signs consistent with life. The victim has been identified as Alonte Michael Sutton.

Demarcus Brown had an earlier shrine erected in his honor. It was documented on this blog at the time (the DC police report is linked there).


Obviously someone in the area cares greatly for them, and has kept their memories alive with this ongoing shrine. 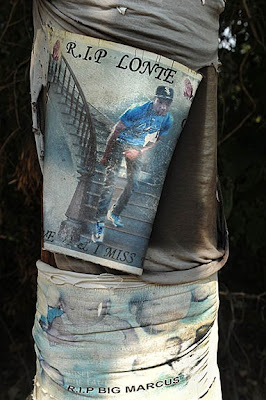 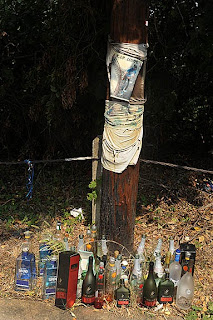 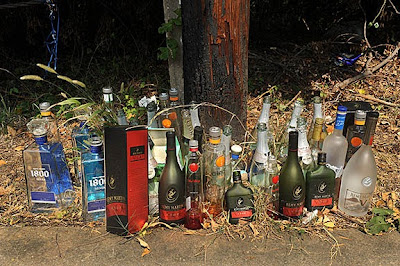