From a DC police report: On Wednesday, September 4, 2013 at approximately 9:18 pm, officers from the First District responded to the 200 block of K Street SW, Washington DC, for the report of a shooting. Upon their arrival, they were directed to the 900 block of 3rd Street SW where they located an unconscious adult male suffering from apparent multiple gunshot wounds.  DC Fire and EMS responded and transported the victim, identified as Donald Ray Brown, 28, to a local hospital where he was pronounced. A second juvenile female victim was located suffering from a gunshot wound to the hand. She was transported to an area hospital for treatment and released.

The shooting occurred in a courtyard area of the Greenleaf Gardens apartments.  This memorial has been erected on the sidewalk in the parking lot. It is just a couple of blocks from Arena Stage and the DC waterfront. 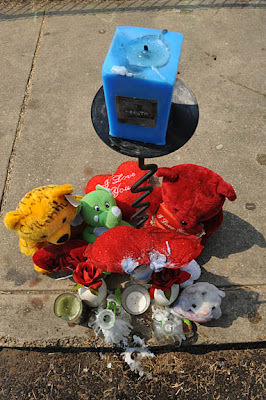 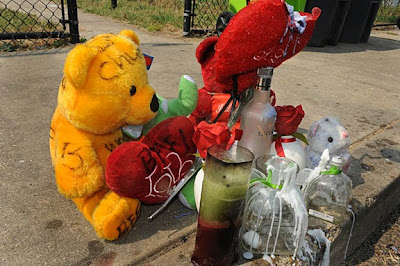 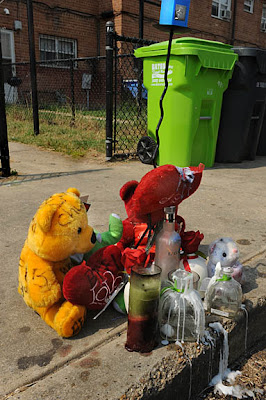 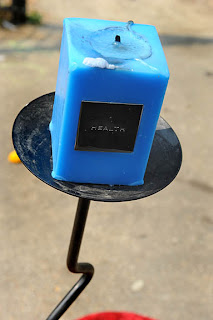 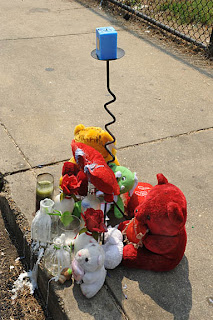 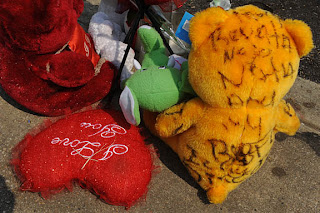 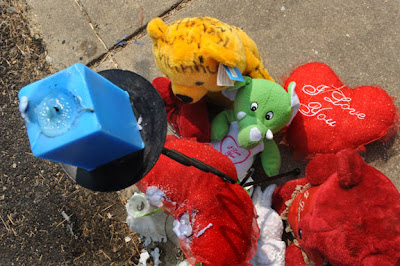 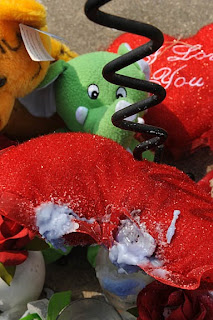 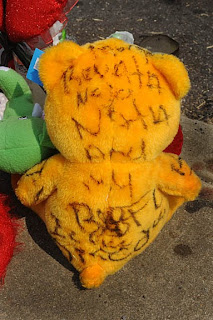 There is more and ongoing information at HomicideWatch.

I rephotographed this memorial. Here are some additional images from the site. 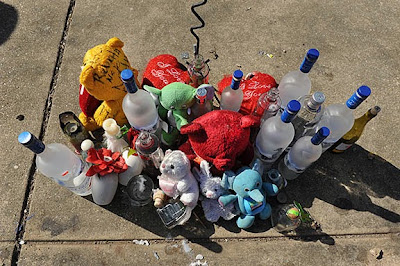 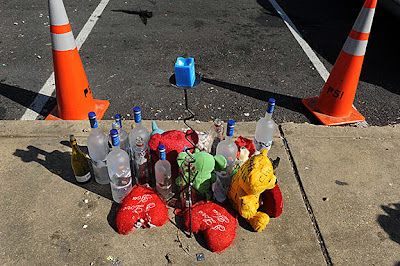 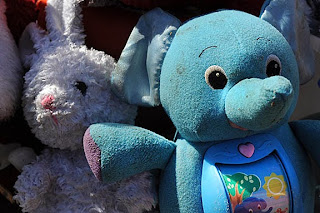 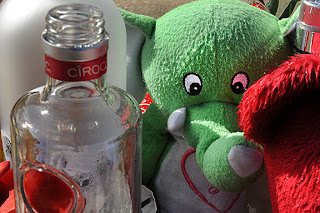