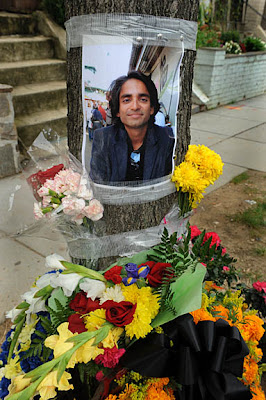 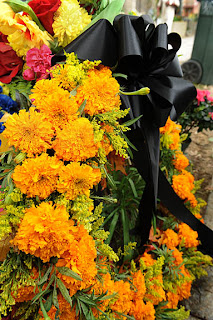 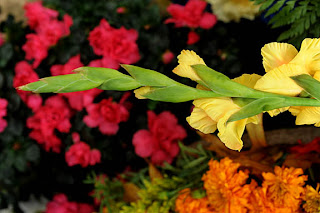 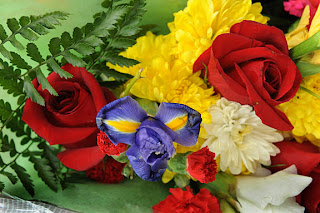 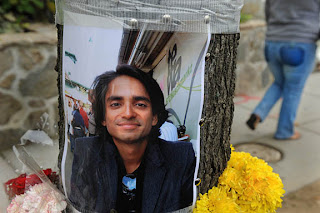 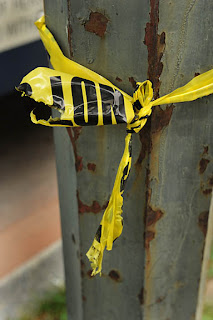 From a DC police report: Detectives from the Metropolitan Police Department’s Homicide Branch announced on September 20,2011 that the death of Gaurav Gopalan, has been ruled a homicide by a member of the Office of the Chief Medical Examiner of DC.

On Saturday, September 10, 2011, at approximately 5:20 am, units from the Third District responded to the 2600 block of 11th Street NW, for the report of a man down. Upon arrival, the units discovered Gaurav Gopalan, 35, unconscious and unresponsive. DC Fire and EMS transported the decedent to a local hospital where he was pronounced dead.

According to several reports, Gaurav Gopalan held a PhD in engineering from the University of Maryland. A friend said he had also been involved with the former Washington Shakespeare Company, with credits as a director and stage manager.

This memorial, composed almost entirely of beautiful flowers, is at the site of his slaying; just two blocks from his home.

This terrible situation may be investigated as a bias crime. Several transgender and gay citizens have been viciously attacked in Washington lately, and two of them have been slain.

There is further information on Dr. Gopalin in the Washington Blade, City Paper, and, as always, in-depth coverage can be viewed on HomicideWatch.