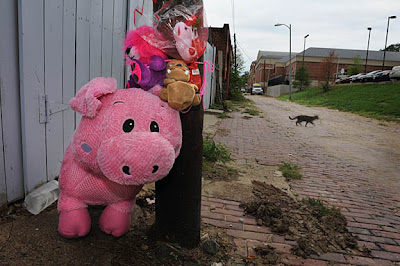 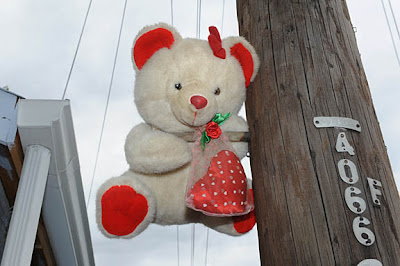 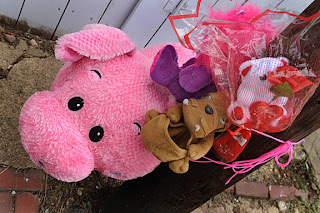 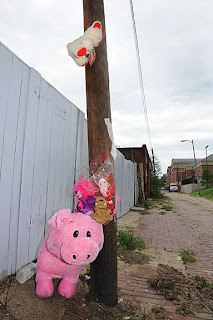 From a DC Police report: On Tuesday, September 13, 2011, at approximately 3:09 pm, an officer from the Fifth District was flagged down in the 1200 block of Neal Street NE, Washington DC, to investigate the report of a stabbing. Upon arrival, the officer observed a female suffering from multiple lacerations to her body. DC Fire and EMS responded and transported the victim, identified as Alicia Wheeler, 42, to a local hospital where she succumbed to her injuries and was pronounced dead.
The Metropolitan Police Department's 5th District officers apprehended the suspect, identified as Claude Kinney, 48, and he was charged with First Degree Murder While Armed.

The killing was in an alley behind the Cole Recreation Center. According to charging documents, Ms. Wheeler's children may have witnessed the stabbing, and may have been the witnesses who alerted the police.

She had repeatedly had court restraining orders against Mr. Kinney, who apparently was upset about a child custody issue.

HomicideWatch has considerably more information on this heartbreaking case.

A prayer for Ms. Wheeler, and especially for her children.
Posted by Lloyd at 8:39 PM