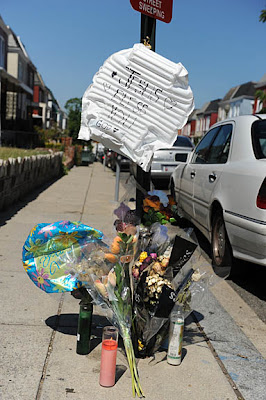 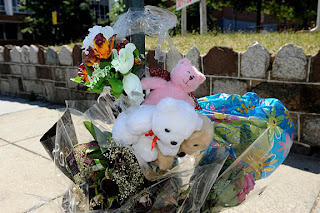 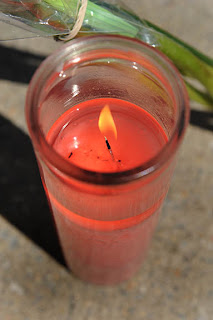 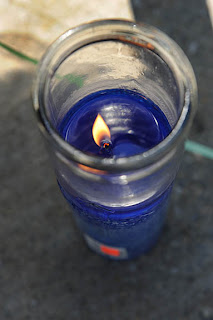 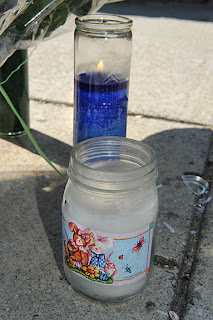 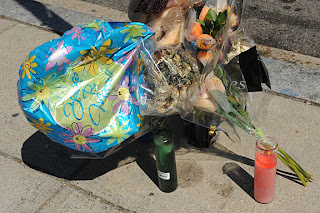 There was a shooting incident at the annual Caribbean Festival held on Georgia Avenue in DC.

From a DC Police report: On Saturday, June 25, 2011, at approximately 5:03 pm, units from the Third District responded to a call for the sounds of gunshots. Upon arrival, they located four victims, three in the 700 block of Gresham Place NW, Washington DC, and one in the 700 block of Columbia Road NW. All four victims were transported by DC Fire and EMS to local hospitals where one of the victims, Robert Foster Jr , 43, was pronounced dead.

Terry Jimenez, 20, was charged with second-degree murder while armed in connection with Fosters' death.

This shrine for Mr. Foster is on the corner of Georgia Avenue and Gresham Place NW, very near Howard University.

The incidents surrounding this act of very public tragedy and arrest are compiled at HomicideWatch.

Peace to Mr. Foster, to his family and circle of friends, and to all of us.
Posted by Lloyd at 10:16 PM