Memorial for Lonnie Martin Whitted, 18th and U Place SE 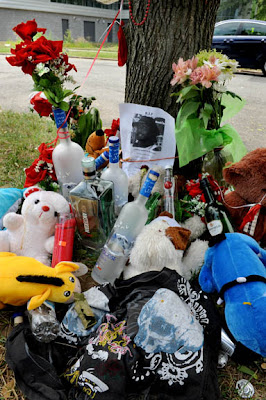 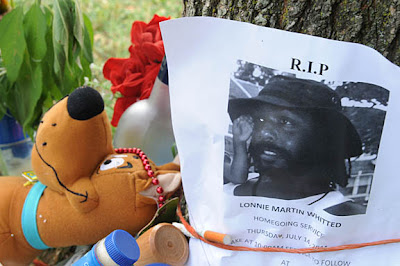 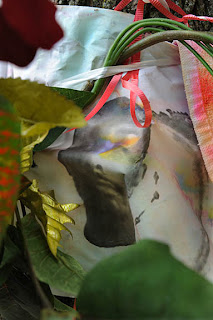 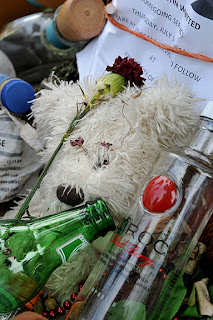 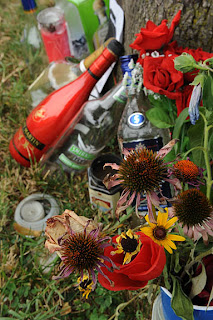 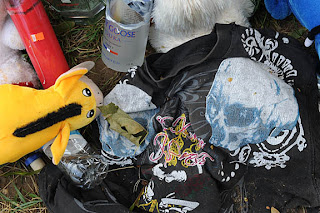 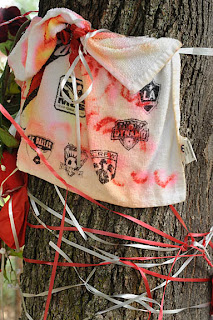 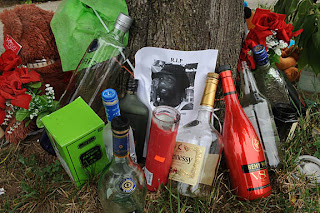 On Thursday July 7, 2011, at approximately 12:15 am, units from the Sixth District responded to 18th Street and U Place SE, Washington DC, to investigate the sounds of gunshots. Upon arriving on the scene, officers located an adult male victim suffering from multiple gunshot wounds. DC Fire and EMS transported the victim, Lonnie Martin Whitted, 27, of SE Washington DC, to a local hospital where he succumbed to his injuries and was pronounced dead.

I was with writer John Muller at this site. We spoke with a woman, Deborah Akwie who started the memorial, and on whose property it abuts. She said the murder was a deep shock to the neighborhood, and that things have been somber since then. She also testified that she had learned that Mr. Whitted had been an accomplished and educated person, and had quite a large circle of caring friends and family who were deeply grieved at his sad and sudden end.