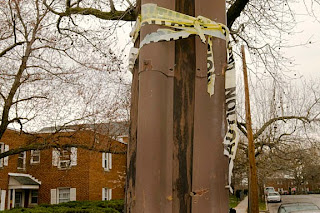 On February 9, 2010 at approximately 9:05 p.m., patrol officers responded to the 5400 block of 55th Place of Riverdale, MD, for the report of a shooting. When patrol officers arrived, they discovered an unidentified adult male suffering from a gunshot wound. He was pronounced dead on the scene. Detectives are working to identify the suspect(s) and establish a motive in this case.

At the time of this slaying there were several feet of snow on the ground.
Posted by Lloyd at 1:02 PM