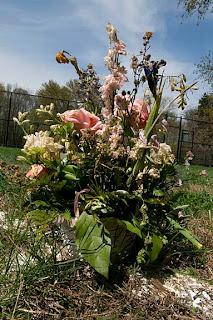 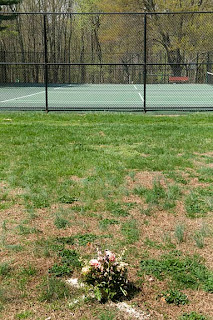 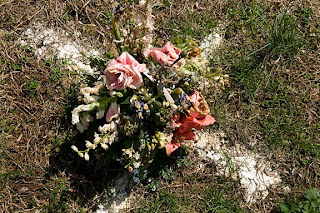 From Police and Washington Post reports:
Christian Perez, 16, was found dead of a head wound Friday March 19, 2009 about 4 pm. in Woodlawn Park, in the Fort Belvoir-Mount Vernon area of southern Fairfax County, VA. Police believe he was beaten with an aluminum baseball bat.
Three teenagers have been arrested. Police said the homicide appeared to be the work of the MS-13 gang.
A 15-year-old boy was arrested in Woodbridge on 3/22/10. He is charged in Fairfax juvenile court with murder.
On 3/24/10, Jorge Albarenga, 19, of Southlawn Court in the Mt. Vernon area was arrested in Harrisonburg, VA. He was charged with malicious wounding by mob and gang participation.
A male, 16, was arrested in New York City. He also was charged with murder.
According to accounts offered to investigators, a large group had been fighting. Other accounts suggested that two people fought as a large group watched.
An area resident said one of her neighbors reported seeing "a group of kids standing around a body." The resident said the witness told police that as she went to the scene, two people fled.
According to another resident, a neighborhood account indicated that four people had been wounded and that a weapon was used.
In another account, the teenager called a friend by cellphone to say, "I'm getting jumped." The teenager was reportedly dead when the friend arrived.
Residents said people who claimed to have seen the teenager's body indicated that his wounds were severe. "One of my neighbors saw the body," one man said. "It was pretty beaten up."
Residents of the neighborhood, which is between Huntley Meadows Park and Route 1, expressed surprise at the reports. Over more than 30 years, while townhouses took up once-open space and the population increased, the neighborhood had remained quiet, one said.
"Other than common teenage scuffles," nothing so serious had ever happened, he said.

It is a quiet little park in a modest neighborhood.

The more I see of murder and its aftermath, the sadder it makes me, and more determined to mark the lives of the victims and especially the creations and visible healing outpourings of their families and friends.
Posted by Lloyd at 1:21 PM