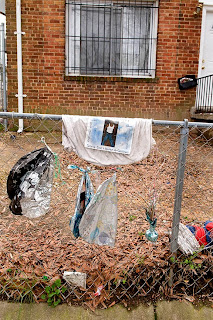 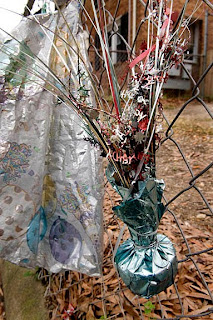 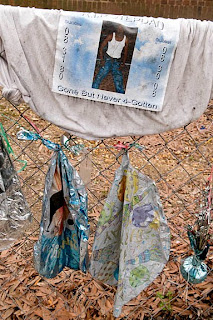 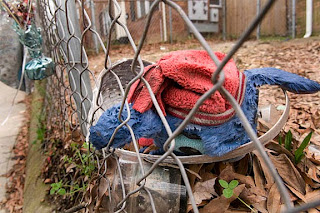 I came upon ths older shrine while looking searching for the more recent killing of Marquis Wade, in the same block. This shrine to Mr. Williams has been kept up for some time.
from DC police online files:
At 1:20 am on Saturday, August 30, 2008, DC police officers from the Seventh District responded to the 500 block of Newcomb Street SE, Washington DC, to investigate the report of a shooting. Upon arrival, an adult male was found in front of a residence suffering from an apparent gunshot wound. Emergency personnel were unable to find any signs consistent with life. He was subsequently pronounced dead on the scene.
The decedent in this case has been identified as Gemel Lamont Williams, 27, of the 300 block of Parkland Place, SE.
Posted by Lloyd at 12:55 PM