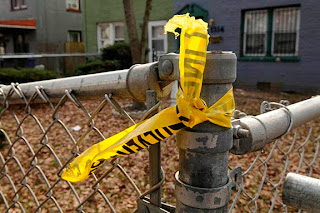 The victim in this case has been identified as 41-year-old Keith Neal of the 1300 block of Eastern Avenue, NE.
Posted by Lloyd at 2:30 PM