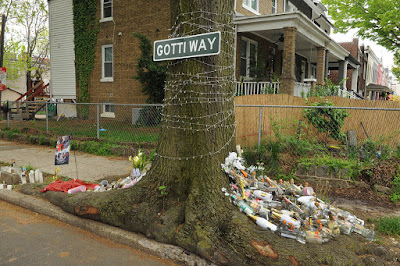 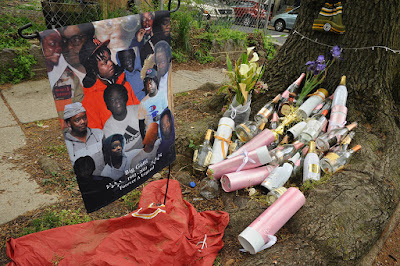 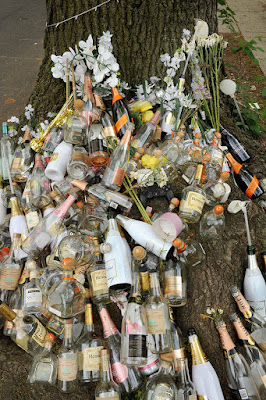 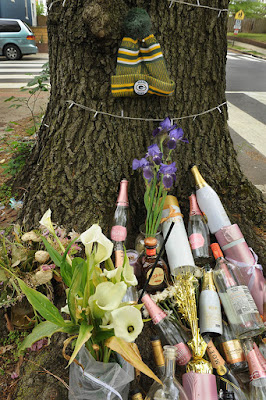 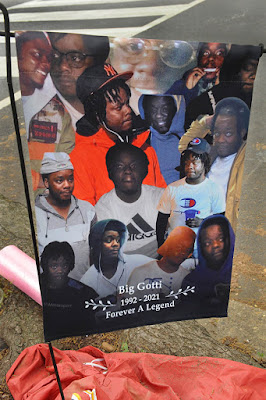 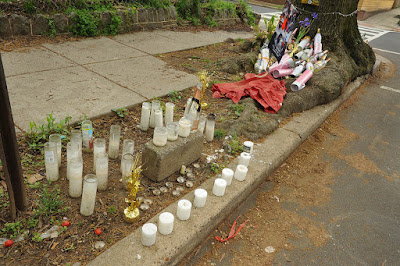 From a DC Police report: Detectives from the Metropolitan Police Department’s Homicide Branch are investigating a homicide that occurred Monday, March 22, 2021, in the 1200 block of Orren Street NE, Washington DC. At approximately 1:51 am, members of the Fifth District responded to the listed location for the sounds of gunshots. Upon arrival, members located an adult male victim suffering from gunshot wounds. DC Fire and EMS responded to the scene and found no signs consistent with life. The decedent has been identified as 28 year-old Ervin Henderson, Jr., of Northeast DC.

The late Mr. Henderson was known in the community as Big Gotti. I spoke with a couple of his friends who stopped by the shrine, one of whom said he protects himself mentally by remaining numb to all the violence. He grew up in the neighborhood (Trinidad/Ivy City) and that murder was constant in his youth, and is still continuing. I hope that this situation changes, and that justice and quiet mercy reign.