From a Prince Georges County Police report: Homicide Unit detectives charged a suspect in connection with a domestic-related homicide in the Town of Fairmount Heights on Tuesday. The suspect is Charles Kelly, Jr., 43, of Suitland, Maryland. He is charged with fatally shooting Briana Green, 20, of Suitland.
On October 15th, 2019, at approximately 8:15 pm, officers with the Fairmount Heights, Maryland Police Department responded to the 1000 block of 56th Avenue for a shooting. They discovered Green inside of a vehicle suffering from gunshot wounds. She was pronounced dead on the scene. The preliminary investigation reveals the motive for this fatal shooting is domestic-related. Kelly and the victim were in a relationship. Kelly was charged with first and second degree murder and additional charges.
This shrine is in the 1800 block of Q Street SE, Washington, DC. There is a shrine to another slain person on view on the same telephone pole, but I could not learn who it is for.
May both their loved ones be spared any further grief. 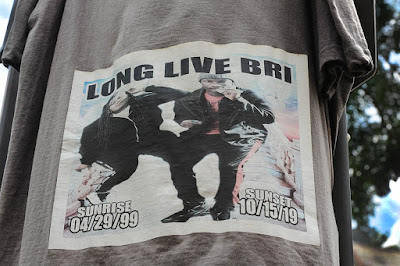 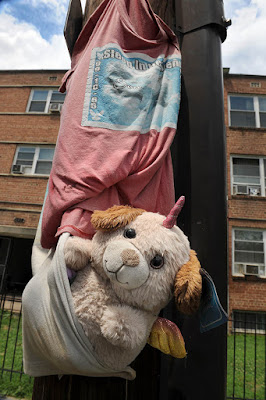 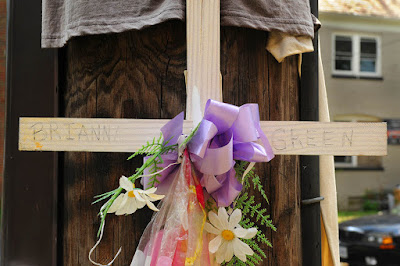 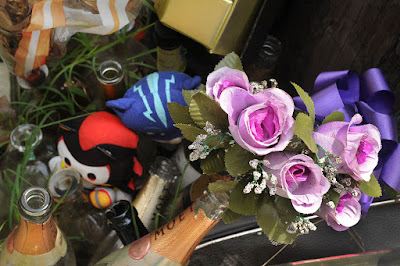 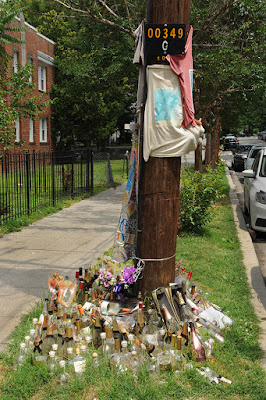