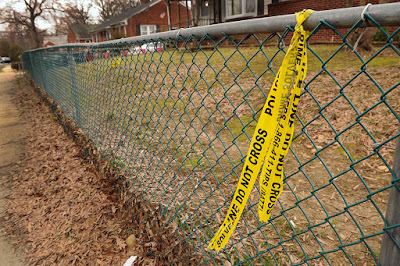 From a Prince George’s County Report: The Prince George’s County Police Department charged a patrol officer in connection with the fatal officer-involved shooting in Temple Hills on Monday night. The involved officer is Corporal Michael Owen, Jr. He is a 10-year veteran assigned to the Bureau of Patrol. He’s charged with fatally shooting William Howard Green, 43,  of Southeast, Washington DC.

On January 27th, 2020, at approximately 7:20 pm, officers were dispatched to the area of St. Barnabas Road and Winston Street, Temple Hills, Maryland,  for the report of a traffic accident. Owen and a second officer were advised by witnesses on scene that Green had struck their vehicle. The officers approached Green who was in his car nearby. The preliminary investigation reveals Green was removed from his car and at the time was believed to be under the influence of a substance. He was handcuffed and placed in the front seat of Owen’s cruiser as they awaited the arrival of a drug recognition expert. As they waited, Owen got into the driver’s seat of his cruiser and was now seated next to Green. A short time later, for reasons that are now at the center of the investigation, Green was shot seven times by the officer’s duty weapon.

Following the shooting, Owen and the second officer removed Green from the cruiser and used their department-issued trauma kits to provide medical aid to Green. He was transported to a hospital where he died a short time later.

Owen is charged with second degree murder, voluntary and involuntary manslaughter, first degree assault and use of a firearm in the commission of a crime of violence. He was taken into custody late this afternoon.

The PGPD has received several questions about why Owen placed Green in the front seat of the cruiser. Here is the directive our officers follow according to the department’s General Orders - Volume II, Chapter 4: One officer may transport one arrestee, who will occupy the right front seat. For vehicles equipped with transport partitions, arrestees will occupy the right rear seat. Owen’s cruiser did not have a partition.

There is considerably more information about this tragedy in the Washington Post.