This street shrine is in the 3700 block of First Street SE, Washington DC, near the home of Kevin Givens, who was slain in Suitland, Maryland.
I briefly spoke to his father and expressed my condolences for his great loss. 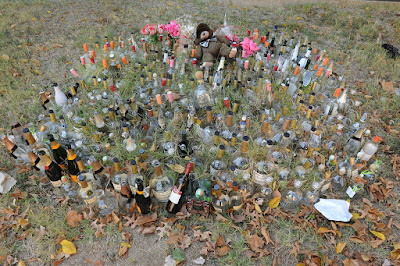 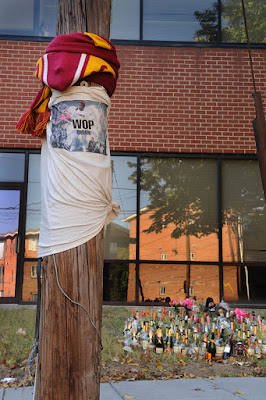 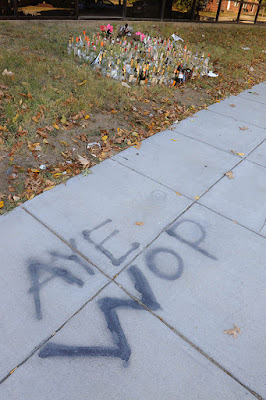 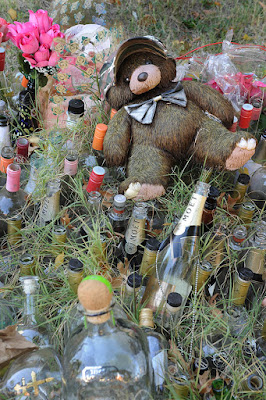 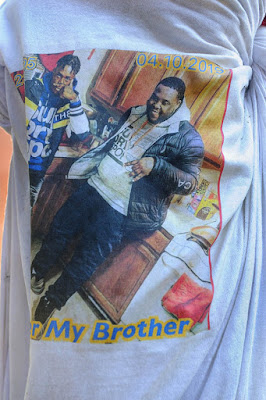 From a Prince Georges County Maryland police report: On April 10th, 2019 at approximately 6:50 pm, patrol officers responded for the report of a suspicious vehicle parked in the 3200 block of Ryan Drive, Suitland, Maryland. When they arrived, the officers located the victim inside of the car suffering from a gunshot wound. He was pronounced dead on the scene. The victim is Kevin Givens, 23, of Southeast Washington.