From a DC Police report: Detectives from the Metropolitan Police Department’s Homicide Branch are investigating a fatal shooting that occurred on Monday, August 12, 2019, in the 2400 block of Elvans Road SE, Washington DC.. At approximately 8:25 pm, members of the Seventh District responded to the 2400 block of Elvans Road, Southeast, for the report of a shooting. Upon arrival, members located an adult male victim suffering from a gunshot wound. DC Fire and Emergency Medical Services responded to the scene and transported the victim to an area hospital for treatment of life-threatening injuries. After all lifesaving efforts failed, the victim was pronounced dead. The decedent has been identified as  Devin Dwayne Smith, 20, of Southeast, DC.

Though Mr. Smith lost his life on Elvans Road, his memorial has been erected in a neighborhood he loved and frequented near 16th and U Streets SE, in old Anacostia. I spoke to his older brother at the site, and passed on my wishes for peace and healing to his family. 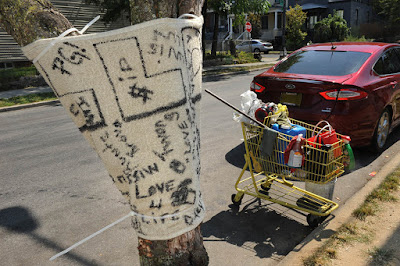 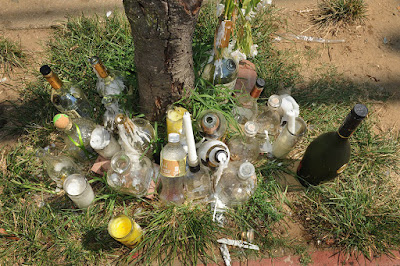 Thank you to reporter and historian John Muller for alerting me to the site of this memorial.
Posted by Lloyd at 11:59 AM