Site of the slaying of Patricio Salazar, who was trying to rescue a woman being assaulted. 1300 block of S. George Mason Drive, Arlington VA

From an Arlington Police report: Arlington County Police announce the arrest of an Arlington man following an overnight homicide investigation. Michael Nash, 27, was arrested and charged with Abduction with the Intent to Defile, Forcible Sodomy and Animate Object Sexual Penetration. Additional charges are forthcoming. Mr. Nash is being held without bond in the Arlington County Detention Facility.

At approximately 9:21 p.m. on October 18, 2018, police were dispatched to the 1300 block of S. George Mason Drive, Arlington VA, following the report of multiple 9-1-1 calls. The preliminary investigation determined that the suspect was walking in the area with a known female victim when he began to physically and sexually assault her. A male witness observed the assault and attempted to render assistance to the victim. The suspect physically assaulted the witness leaving him unconscious. The witness, Patricio Salazar, 54, of Arlington, VA was transported to George Washington University Hospital where he was pronounced deceased.

During the course of the investigation, detectives from the Department’s Homicide/Robbery and Special Victims’ Units developed a possible suspect description. Members of the Tactical Unit located the suspect and took him into custody without incident in the area of Columbia Pike and George Mason Drive.

This police tape is at the entrance of a small footpath in this usually quiet multi-ethnic neighborhood. 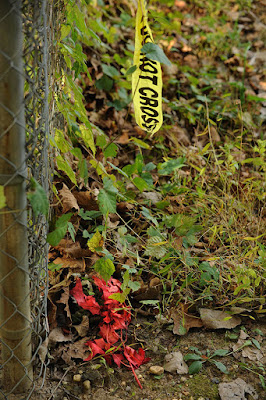 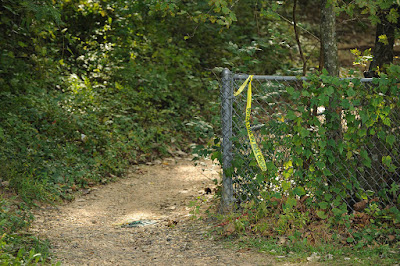 A shrine honoring Mr. Salazar and his heroism has been erected at the site. There is a moving Washington Post article honoring his memory, and a GoFundMe campaign has been set up to support charities in his name. 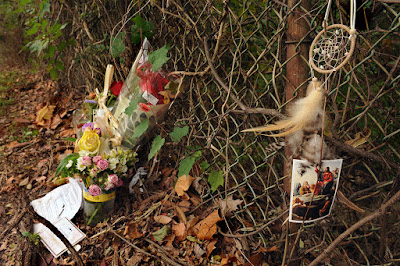 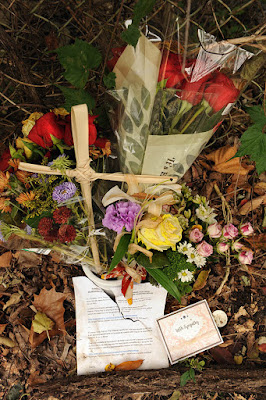 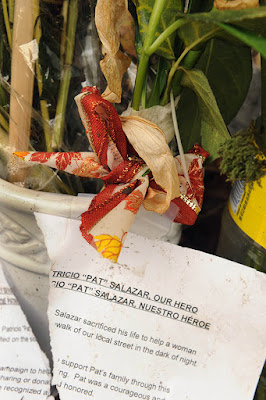 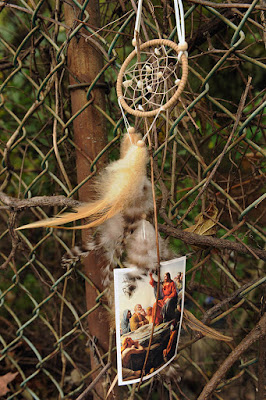