This police crime scene tape was near the entrance of a small shopping center just off Rhode Island Avenue NE. 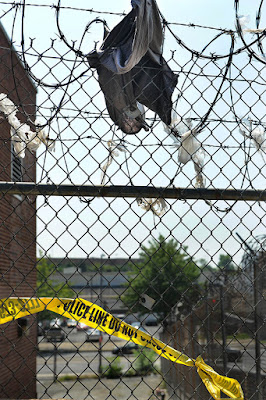 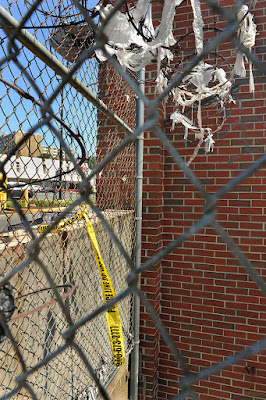 From a DC police report: Detectives from the Metropolitan Police Department’s Homicide Branch are investigating a homicide that occurred on Saturday, August 18, 2018, in the 500 block of Rhode Island Avenue NE, Washington DC. At approximately 4:35 am, members of the Fifth District responded to the 400 block of Rhode Island Avenue, Northeast for the report of an unconscious person. Upon arrival, members located an adult male victim suffering from a stab wound. DC Fire and Emergency Medical Services responded to the scene. The decedent was transported to a local hospital where he succumbed to his injuries and was pronounced dead. The investigation at the scene determined the offense took place in the 500 block of Rhode Island Avenue, Northeast. The decedent has been identified as Franklin Byers, 35, of no fixed address.