From a DC police report: Detectives from the Metropolitan Police Department's Homicide Branch seek the public's assistance in identifying and locating a person of interest in a fatal shooting which occurred in the 2100 block of Alabama Avenue SE, Washington DC, on Tuesday, March 28, 2017. At approximately 3:45 pm, officers from the Seventh District responded to the 2100 block of Alabama Avenue, Southeast, for the report of a shooting. While responding, members of the Seventh District located a motor vehicle accident at the intersection of Stanton Road and Alabama Avenue, Southeast. Members discovered that the driver and passenger, of one of the involved vehicles, were suffering from apparent gunshot wounds. DC Fire and EMS transported both adult male victims to an area hospital, where one of the victims succumbed to his injuries and was pronounced dead. The other victim sustained non-life-threatening injuries. The decedent was identified as Antwan Jones, 31, of Arlington, VA.

Thanks to reporter for John Muller for his help. 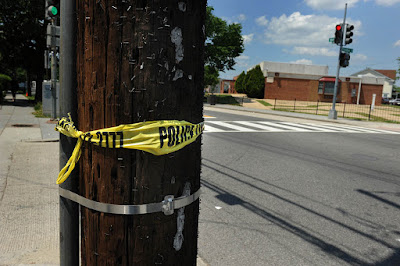