From a DC Police report: Detectives from the Metropolitan Police Department’s Homicide Branch are investigating a fatal shooting which occurred in the 1200 block of Talbert Street SE, Washington DC. On Thursday, May 16, 2013, at approximately 3:32 pm, units from the Seventh District responded to the 1200 block of Talbert Street, SE for the report of a shooting. Upon arrival, they located an adult male inside an apartment suffering from an apparent gunshot wound. DC Fire and Emergency Medical Services personnel responded to the scene and determined that the victim had no signs consistent with life. The decedent is identified as Charles Garris, 28, of Southwest, Washington, DC. 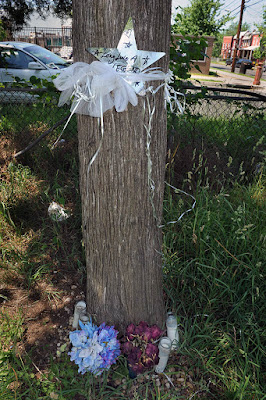 Thanks to reporter John Muller for his help discovering this ongoing memorial.