Police tape near the site of the slaying of Nathan Slye Jr. | 3000 block of Great Oak Drive, District Heights, MD

From a Prince Georges County Police report: The Homicide Unit arrested a suspect in connection with a recent homicide in District Heights. The suspect is Sedrick Stokes, 27, of Temple Hills. He’s charged with the fatal shooting of Nathan Slye Jr., 46, of Suitland. On March 3, 2017, at about 12:25 pm, officers were called to the 3000 block of Great Oak Drive, District Heights, Maryland, for the report of a shooting. Officers found the victim suffering from a gunshot wound. He was taken to the hospital where he died a short time later. Preliminarily, detectives believe the motive is robbery. The suspect and victim were acquaintances. Stokes is charged with first and second degree murder.

This material was about a block away from the site indicated on the police report. 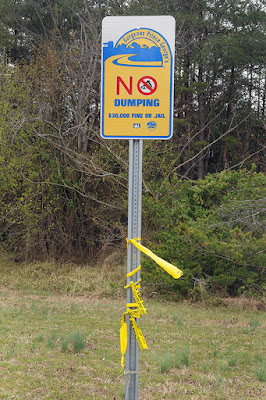