From a DC police report: On Monday, December 2, 2013, at approximately 10:50 pm, members of the Seventh District responded to the sound of gunshots in the 1900 block of 17th Street SE, Washington DC. Upon arrival, they located an adult male suffering from multiple gunshot wounds. DC Fire and Emergency Medical Services personnel transported the victim, identified as Anthony Robinson, 26, to a local hospital where he was pronounced dead.

This was an emotional and meaningful shrine for me, as the deceased Mr. Robinson turned out to be a relative of Dion Johnson, the young man I used to mentor in photography, and with whom I am still close. On the site, I ran into Dion's cousins Ronnette, and his other cousin Morgan Paul, who live in the block, and who built the shrine during the course of a heavily-attended vigil they organized in his honor. Anthony Robinson was Ronnette's nephew, and she heard the seven gunshots that took his life.

There is more information on this case at HomicideWatch. 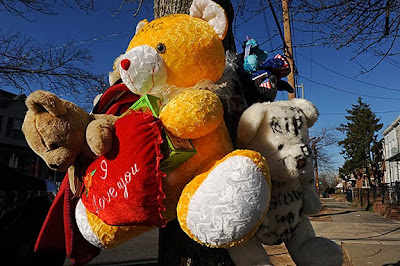 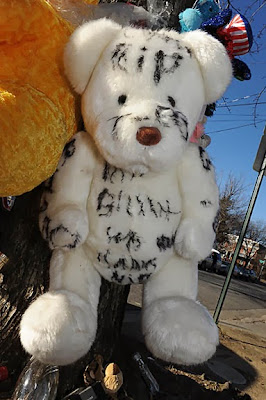 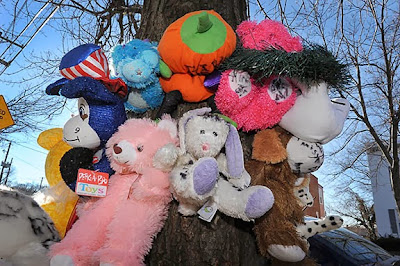 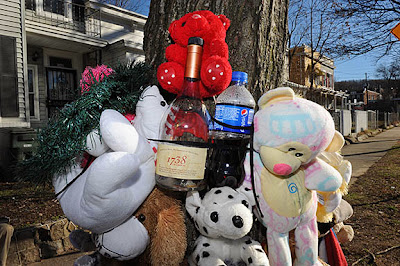 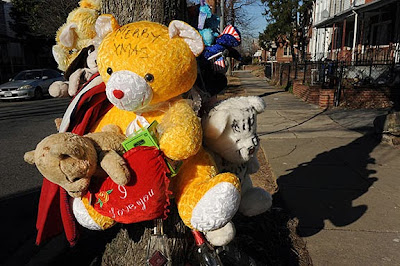 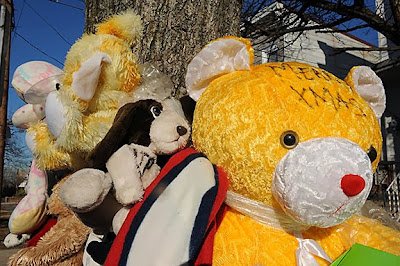 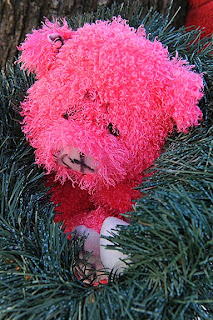 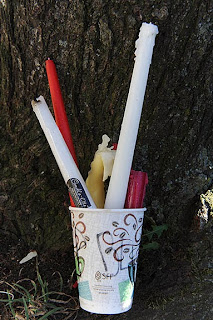 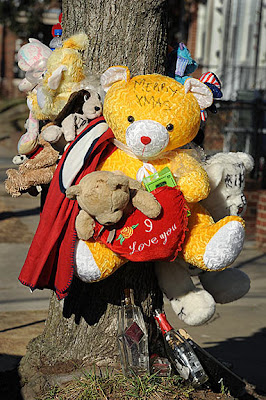 I also want to thank Aldo Bello and Chris O'Leary, who were filming with me on this occasion.