From a DC police report: On Wednesday, June 5, 2013 at approximately 10:20 pm, officers from the Seventh District responded to the 1600 block of 21st Place SE, Washington DC, for the report of a shooting. Upon their arrival, they located an adult male suffering from apparent gunshot wounds. Personnel from DC Fire and EMS transported the victim, identified as Rodney Ellis Gardner, 33, to a local hospital where he later succumbed to his injuries and was pronounced dead.

The residents of the 1600 block of 21st Place SE held a candle-light vigil for Rodney Gardner in front of 1621 21st Place SE, on Wednesday, June 12 at 8:00pm. This shrine was built at the vigil, in his memory and honor.

It was raining gently as I documented this memorial. 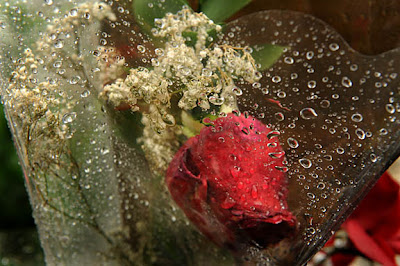 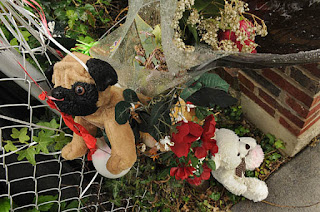 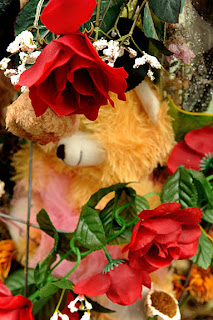 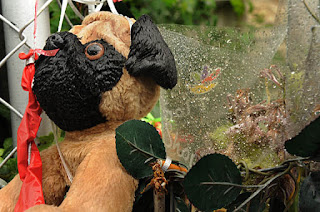 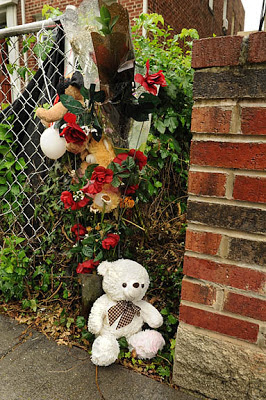 More on this case is tracked at HomicideWatch.