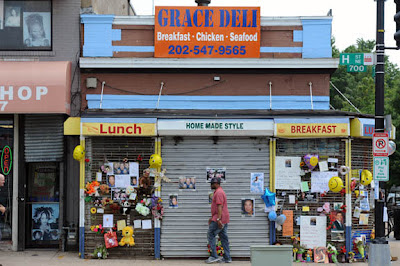 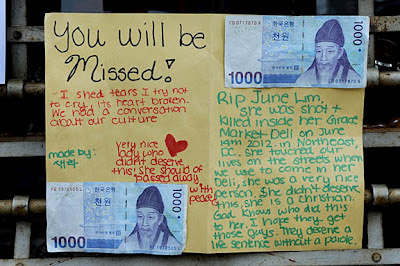 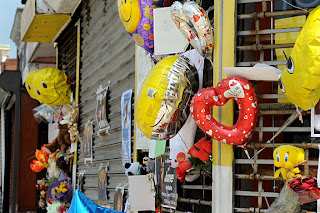 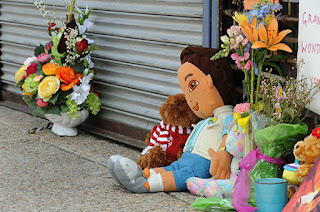 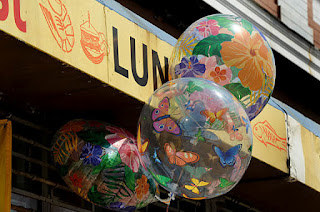 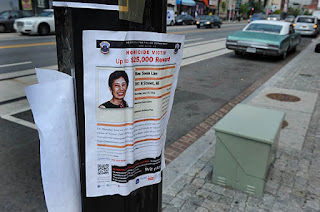 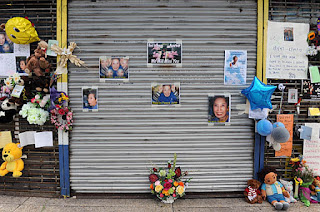 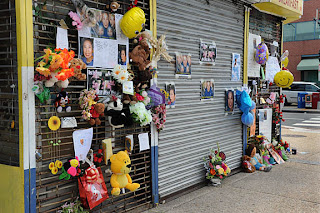 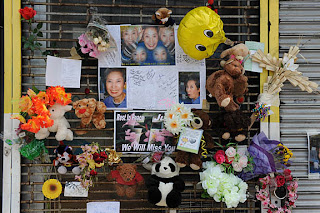 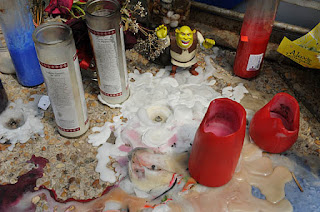 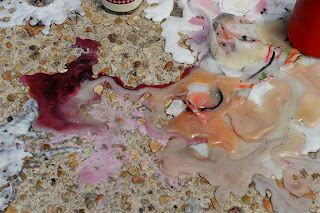 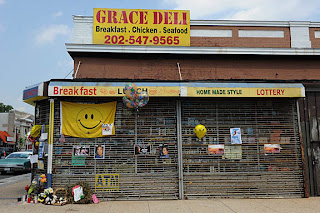 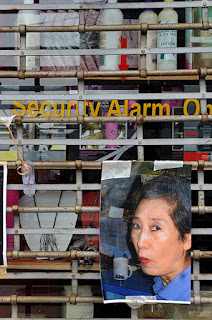 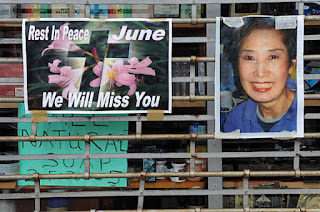 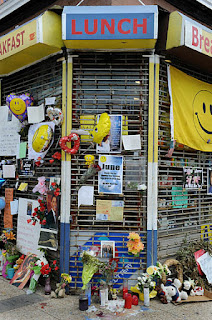 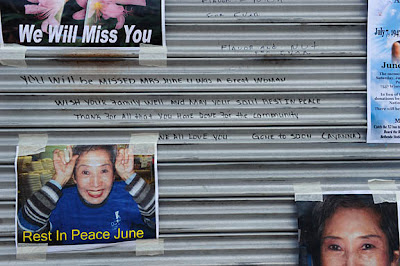 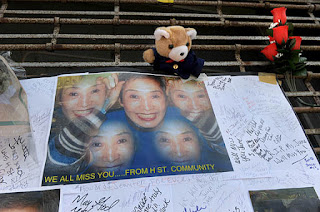 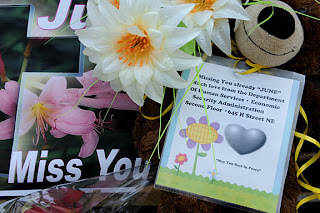 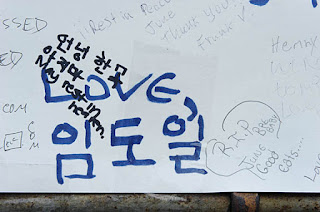 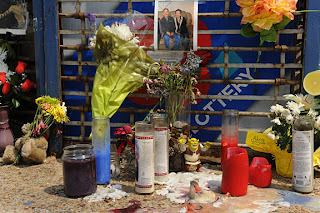 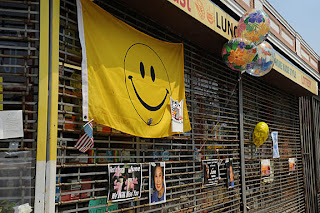 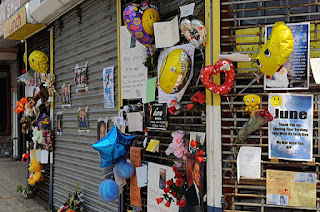 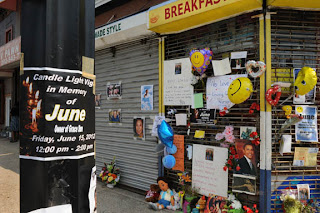 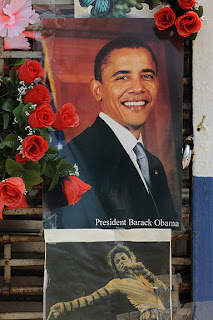 This large and moving memorial to Hae Soon "June" Lim has been erected by friends, family, customers, and other grieving members of the H Street NE community, who loved her well. May her memory be for a blessing.

From a DC police report: On Thursday, June 14, 2012, at approximately 6:15 am, a First District officer was flagged down by a citizen who notified him of an unconscious person in the 700 block of H Street, NE.  The officer located an adult female inside a business establishment, identified as Hae Soon Lim, 64, suffering from what was later determined to be a gunshot wound.  DC Fire and EMS responded and did not find any signs consistent with life.  She was pronounced dead by a member of the Chief Medical Examiner’s Office.

The Metropolitan Police Department currently offers a reward of up to $25,000 to anyone that provides information which leads to the arrest and conviction of the person or persons wanted for any homicide committed in the District of Columbia. Anyone with information about this case is asked to call the police at (202) 727-9099. Additionally, anonymous information may be submitted to the department’s TEXT TIP LINE by text messaging 50411.

From HomicideWatch: A well-liked H Street Northeast deli owner was shot in the neck and killed during an apparent robbery inside her shop early Thursday morning, June 14, 2012, according to D.C. police.  Hae Soon Lim, 64, whom her customers knew as “June,” was found dead inside Grace Deli at around 6:30 a.m. by another employee arriving for work, Metropolitan Police Department homicide detective Lt. Robert Alder said.“We don’t know if somebody followed her in or came in after she was inside the establishment,” Lt. Alder said of the potential robbery, adding that there were no signs of forced entry to the store.

I would like to sincerely thank all of those who attended the vigil, continue to visit the shrine, continue to maintain the site, have reached out to me and my family in various ways. The stories being shared with us are uplifting and give us strength during this tragedy. We are so grateful for the prayers, thoughts and support.

i cryed today just thinking about her, her life, the baby that will never know his grandmother. may god continue to bless and keep your family. Her Hst family will forever miss and love our june.(bka)grace.