This shrine to Draynell Paul Henderson has been erected at the corner of 13th and I Streets NE, Washington DC.

From HomicideWatch: MPD Fifth district commander Andy Solberg wrote in a listserve message: “At about 8:15 this evening [April 11, 2012], a man was shot inside an apartment building in the 600 block of 24th St., NE. The man was taken to an area hospital and has died of his wounds. Detectives and patrol officers are at the scene and are investigating this event.” The victim of the shooting has been identified as Draynell Paul Henderson, 30.

Keyon Caldwell, 33, was arrested on suspicion of second-degree murder while armed. 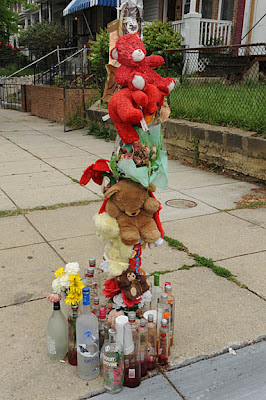 I was alerted to the presence of this memorial by Laura Amico of HomicideWatch, for which I thank her.  It some distance from the site of his passing. 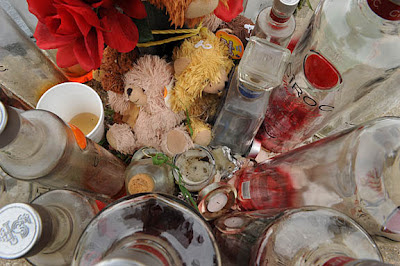 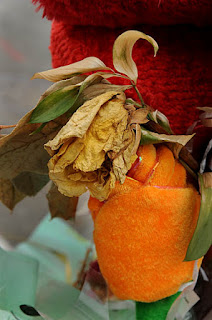 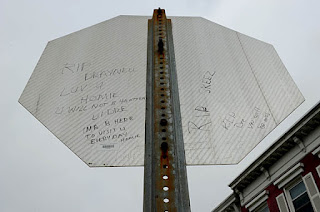 Its seems like only yesterday we were talking dray damn i miss you like crazy. Loving you always peaches