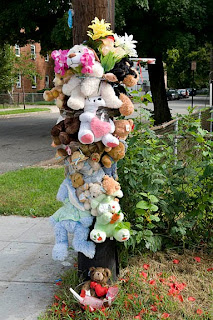 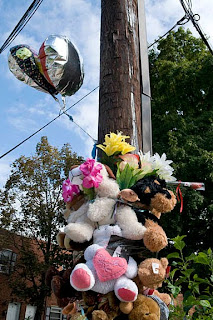 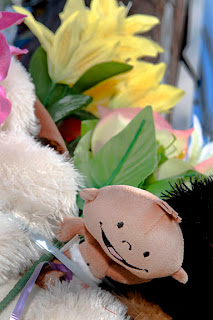 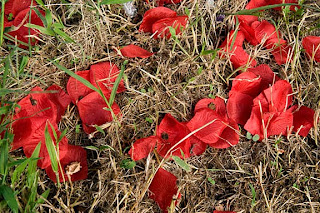 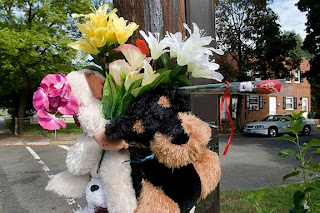 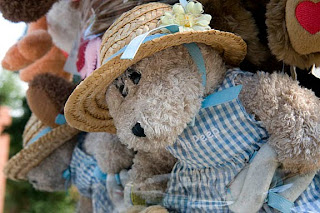 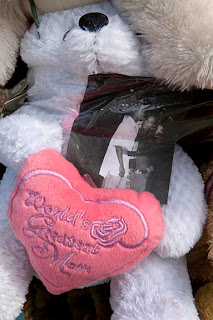 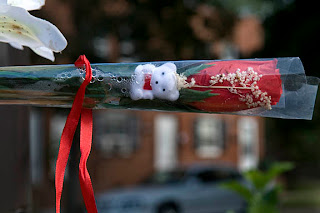 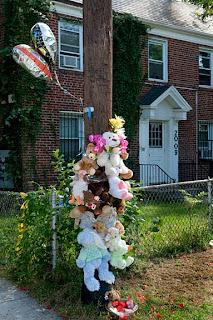 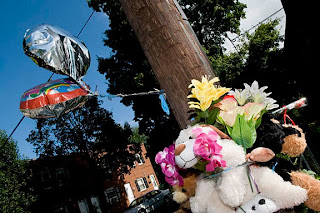 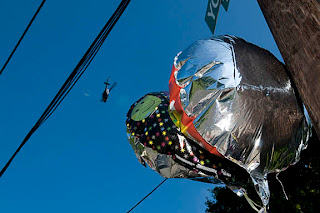 From press and police reports: On Wednesday, August 18, 2010, at approximately 12:51 AM, units from the Sixth District were dispatched to the 2500 block of Fairlawn Avenue SE, Washington DC, for the report of a shooting. Upon arrival, they located Anthony Barnes, 16, suffering from apparent gunshot wounds in the 2100 block of Fairlawn Avenue SE. DC EMS transported him to an area hospital where he was pronounced dead.
The decedent is identified as Anthony Barnes, 16, of the 900 block of Nova Avenue, Capitol Heights, MD
Police say they have no suspects in the murder He was shot to death as he left a gas station mini-mart.
Family members say Anthony Barnes was trying to get away from a man who had grabbed him when he was struck by a single bullet.
Barnes was spending the night with his brother in a neighborhood near the Sousa Bridge when they decided to go out for a late night snack.
But as they entered the Sunoco Station on Pennsylvania Avenue, someone assaulted Barnes. The reason is still unclear. No arrests have been made.
On the porch of his mother’s Capitol Heights, Md. home, family members remembered a teen who loved basketball, football, music and girls. He was a good-natured kid about to enter his sophomore year at Central High School.
"He wasn't a bad kid,” said Gloria Bing, Barnes’ aunt. “[He wasn't] into drugs, guns or anything. We didn't allow that. He's into church and to hear he got shot? I can't believe it, it's heartbreaking.”
The family's account of what happened comes from witnesses who were with the teen when he was shot.
"They both wanted a snack", said Mancia Broadie, Barnes’ cousin. "They walked around to the store and a young man was tying his shoe. When the young man got up, he grabbed him, he grabbed Tony, and Tony got away from him and they started running and they started shooting at him.”

This shrine was erected in his memory in the 2100 block of Fairlawn Avenue SE.

As the brother of another shooting victim once said to me "nobody deserves this."

may all be comforted, and justice be done.
Posted by Lloyd at 8:09 PM

I love and miss you Anthony! Gone to soon but never forgotten...love you xoxoxoxo

I LOVE YOU ANT... I CRY ABOUT YOU EVERYDAY,THE THOUGHT OF YOU NOT BEING HERE MAKES ME VERY UPSET.I CANT BELIEVE THAT SOMEONE ACTUALLY TAKE A LIFE OF A BEAUTIFUL SOUL SUCH AS YOURS... ITS SO HARD TO SAY GOOD BYE TO WHAT ME AND YOU HAD. I MISS YOUR SMILE,YOUR JOKES,AND YOUR SEXYNESS... YOU WILL HAVE JUSTICE BABY TRUST ME ITS COMING SOON. LOVE YOU AND MISS YOU MY YUNG ANT.

mahne i miss yhuu so much cuzo i cried so mush till i couldnt crie nomore asim typin this im cryin now mahne why did it have to be you dhat bullet hit the heart why couldnt it be meh....i would to the bullet for yhuu mahne it hurts so badd to know that when i go to church on sunday that yhuu wont be there wrestlin with meh or joking with meh or asking to c my ring i love you mahne save a spot for meh rite next to yhuu and since you up dere tell greatgma i said hey and i miss her and my goddad plz love yhu cuzo and i miss yhuu

A Year And Some Months Mannnn... Why You Ant, Why You?
You Know If I Was There..... Imma Stop There. Just Know I Love Youu.
And When Its My Time .... Stop, Turn Around, Wave,and Wait For Me.

Ant I Miss You Hunn.

it's crazy to say, but you were a douche, a bully and a mean person at school. Don't get me wrong i miss Anthony (as crazy as it sounds) and I wish he was here today to graduate with us this year at central, but I'm just saying what I feel. It was a major shock to find out about his death I haven't stopped thinking about it since it happened about two years ago, one day he was here the next he was gone, that would be a shock for anyone whether you liked the person or not which goes to say you never knew when your time was so live your life right and live to the fullest. Sorry to say this on a random blog, but I've been wanting to say it for a while now.

I remember those fun nights in Capital Courts like it was yesterday (Sighs)... I was juss thinking bout the good ole days and yu ran across my mind. I miss ur hugs, ur smile, ur laugh, Us going to the Lucky Star,man all of that. :( Man things juss havent been the same since yu been gone. Its not fair, yu had the rest of ur life infront of yu. 2 years past and It still hurts. Im glad imet such a beautiful, fun, and talented person as urself. Ik ur one heck of angel. Give God a kiss for me. ILOVE YOU!!!!!!!Rest in Peace Baby Boy ;*