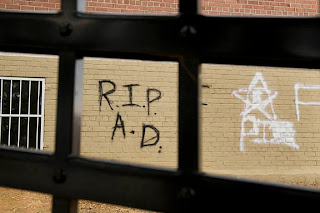 There have been four other recent (mid-to late 2008) murders in this same block. It is a huge garden apartment complex. No shrines were visible.
Posted by Lloyd at 10:53 PM