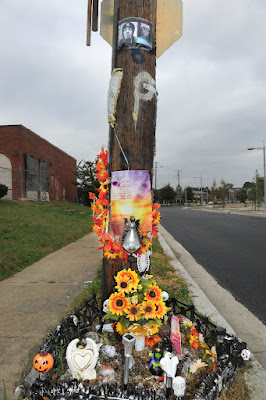 From a Prince Georges Police report: Detectives with the Homicide Unit are working to arrest the suspect(s) who shot and killed two men Thursday night in Suitland, Maryland. On September 2, 2021, at approximately 11:30 pm, patrol officers responded to the 4100 block of Suitland Road, in Suitland for the report of a shooting. Once on scene, officers located the victims inside of their apartment suffering from apparent gunshot wounds. They were both pronounced deceased on the scene. 32-year-old Michael Rodney Jackson Jr. of Suitland has been identified as one of the decedents in this case. The second victim has not yet been identified pending next of kin notification.

This memorial is along busy Suitland Road, near the US Census Bureau headquarters. 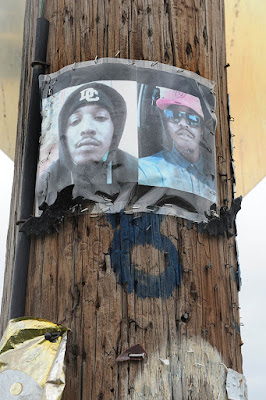 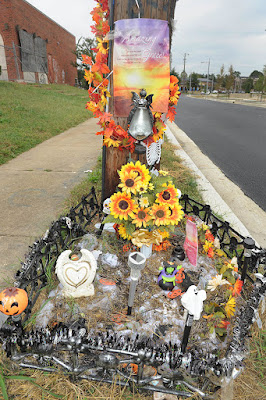