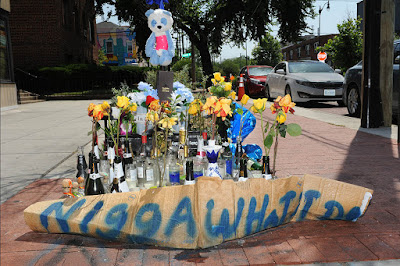 From a DC Police report: Detectives from the Metropolitan Police Department’s Homicide Branch are investigating a homicide that occurred on Friday, June 18, 2021, in the 100 block of Kennedy Street NW, Washington DC. At approximately 12:07 am, members of the Fourth District responded to the listed location for the report of a shooting. Upon arrival, members located an adult male suffering from gunshot wounds. DC Fire and Emergency Medical Services responded to the scene and transported the victim to a local hospital for treatment. After all life-saving efforts failed, the victim succumbed to his injuries and was pronounced dead. An additional adult male victim was located in the 5100 block of New Hampshire Avenue, suffering from multiple gunshot wounds. The second victim was transported to an area hospital for treatment of life threatening injuries. The decedent has been identified as 52 year-old Benson Thorne Sr., of Northwest, DC.

I spoke at length to a neighbor. about human nature, the propensity of human beings to violence, the long-term effects of the crime of slavery, and about how to build peace within ourselves individually and in the community as a whole. 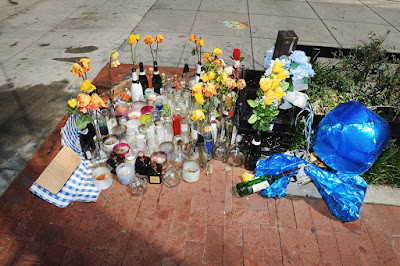 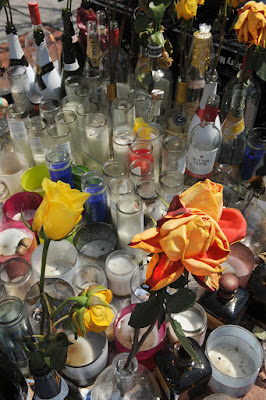