From a DC Police report: Detectives from the Metropolitan Police Department’s Homicide Branch announce an arrest has been made in a homicide that occurred on Sunday, March 15, 2020, in the 3000 block of 14th Street NW, Washington, DC. At approximately 3:11 pm, members of the Third District responded to the listed location after hearing the sounds of gunshots. Upon arrival, officers located an adult male suffering from multiple gunshot wounds. DC Fire and Emergency Medical Services responded to the scene and transported the victim to an area hospital for treatment. After all life-saving efforts failed, the victim was pronounced dead. The decedent has been identified as Naseem Simpson, 18, of Northwest DC.
On Thursday, March 26, 2020, members of the Capital Area Regional Fugitive Task Force located and arrested  Khamari Perkins, 19, of Southeast DC, for First Degree Murder While Armed (Premeditated).

Several of Mr. Simpson's friends were in the area when I was photographing and we spoke briefly, through masks, about this tragedy.
I wish them and his family peace and healing. 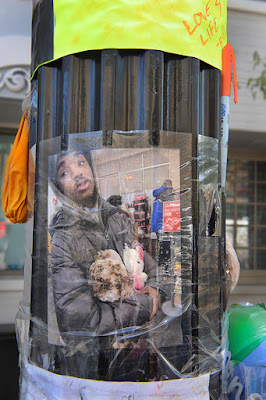 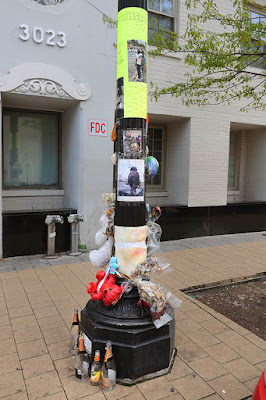 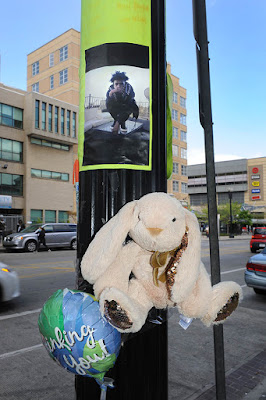 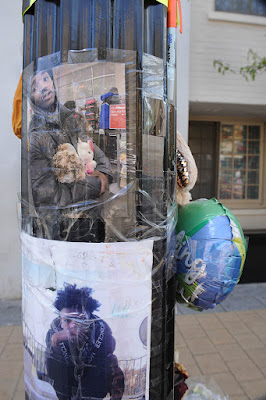 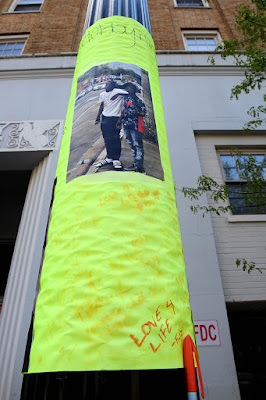