From a DC Police report: Detectives from the Metropolitan Police Department’s Homicide announce an arrest has been made a fatal shooting that occurred on Saturday, December 7, 2019, in the 1700 block of Capitol Avenue NE, Washington DC. At approximately 5:14 am, members of the Fifth District responded to the listed location for the report of a shooting. Upon arrival, officers located an adult male suffering from gunshot and stab wounds. Officers also located two adult females, inside of a residence, suffering from multiple gunshot wounds. DC Fire and Emergency Medical Services responded to the scene and transported the adult male and one of the female victims to an area hospital for treatment. The second adult female victim showed no signs consistent with life and remained on the scene until transported to the Office of the Chief Medical Examiner. The detectives’ investigation at the scene indicated that the offenses occurred inside of a residence. The decedent has been identified as Alayna Dawnielle Howard, 38, of Northeast DC. On Saturday, December 7, 2019, Vaughn Alexander Kosh, 48, of Northeast DC, was arrested and charged with First Degree Murder While Armed and Assault with Intent to Kill. 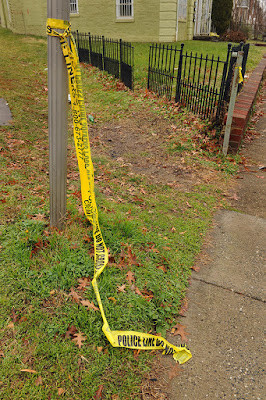