From a DC Police report: Detectives from the Metropolitan Police Department’s Homicide Branch are investigating a fatal stabbing that occurred on Sunday, April 28, 2019, in the 700 block of 14th Street SE, Washington, DC. At approximately 11:42 pm, members of the First District and the Metro Transit Police Department responded to the listed location for the report of a stabbing. Upon arrival, members located an unconscious adult male, suffering from multiple stab wounds. DC Fire and Emergency Medical Services arrived on the scene and transported the victim to an area hospital. After all life-saving efforts failed, the victim, Jamal Ferrel, 40,  was pronounced dead.

This police tape marking the site of Mr Ferrel's demise is immediately adjacent to the Potomac Avenue Metro stop. 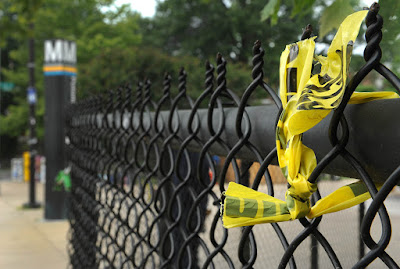 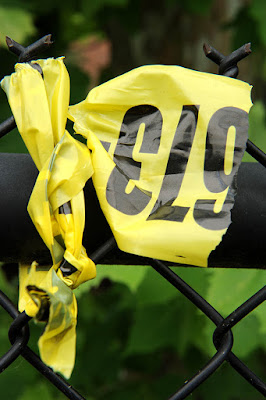