From a DC police report: "Detectives from the Metropolitan Police Department’s Homicide Branch are investigating a fatal shooting that occurred in the 1900 block of Savannah Terrace SE, Washington DC, on Sunday, October 22, 2017. At approximately 8:40 pm, members of the Seventh District responded to the listed location for the report of a shooting. Upon arrival, officers located an adult male suffering from a gunshot wound. DC Fire and Emergency Medical Services responded to the scene and transported the victim to an area hospital for treatment. After all life-saving efforts failed, the victim was pronounced dead. During the course of the investigation, a second victim, an adult male, was located nearby and was transported to a local hospital for treatment of non-life threatening injuries.

The decedent has not been identified at this time."

I documented this memorial shrine of balloons and wine bottles at the corner of 22nd Street and Savannah Place, SE. 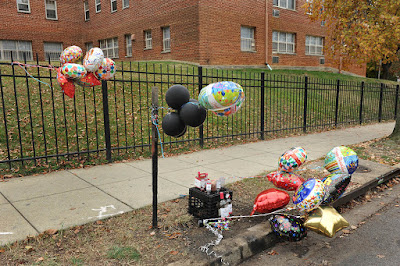 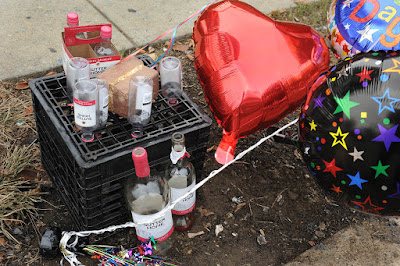 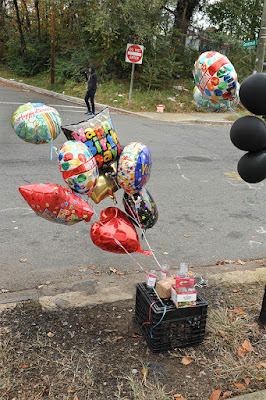