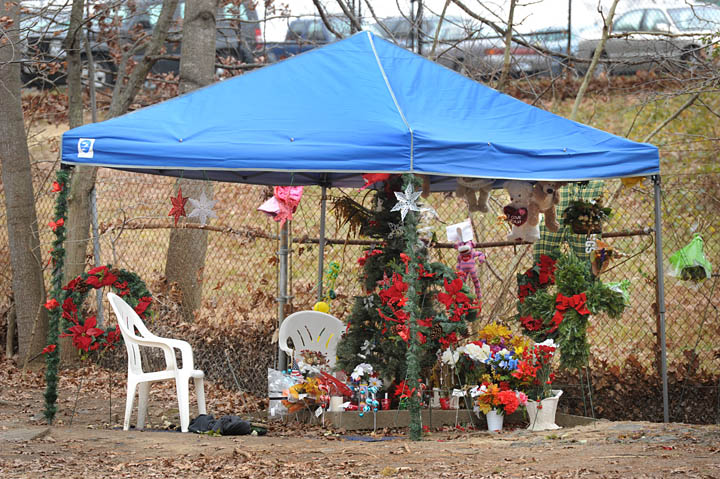 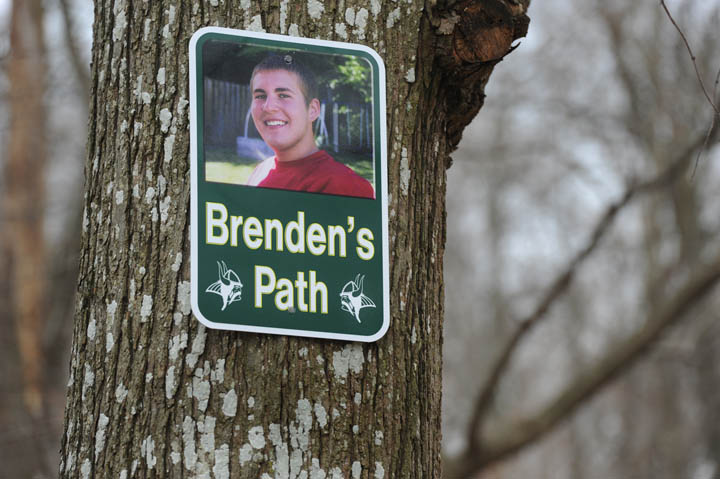 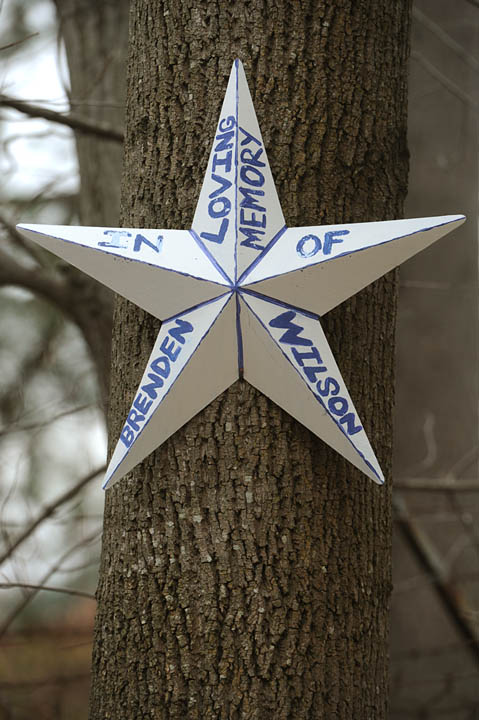 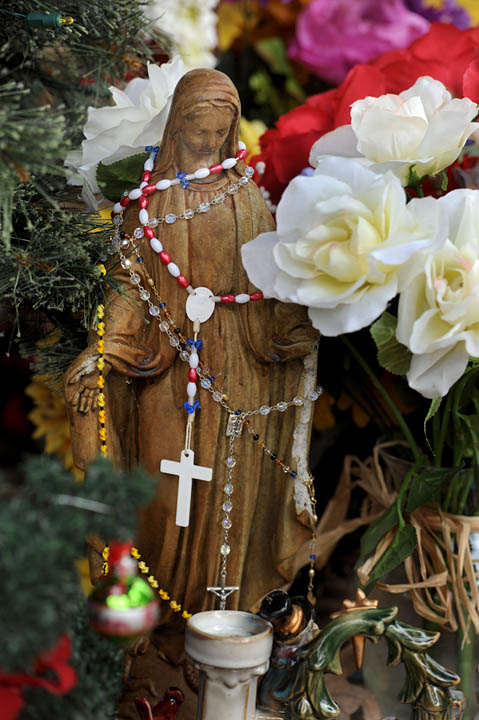 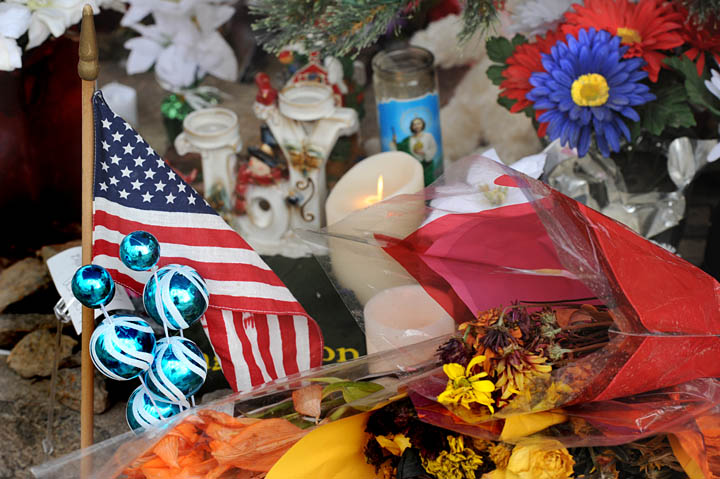 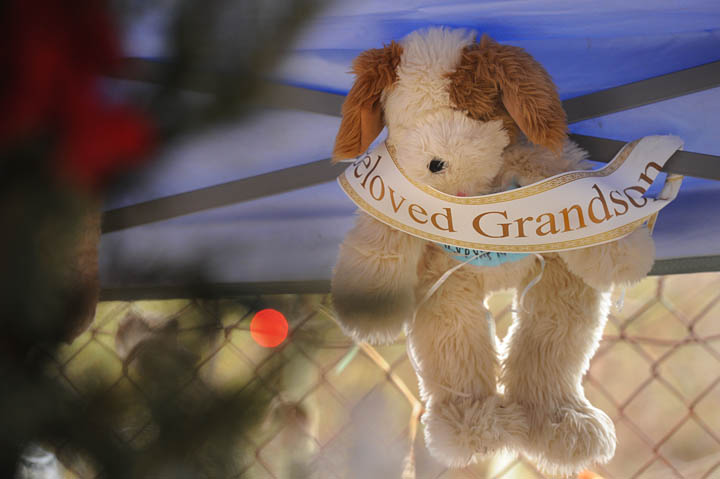 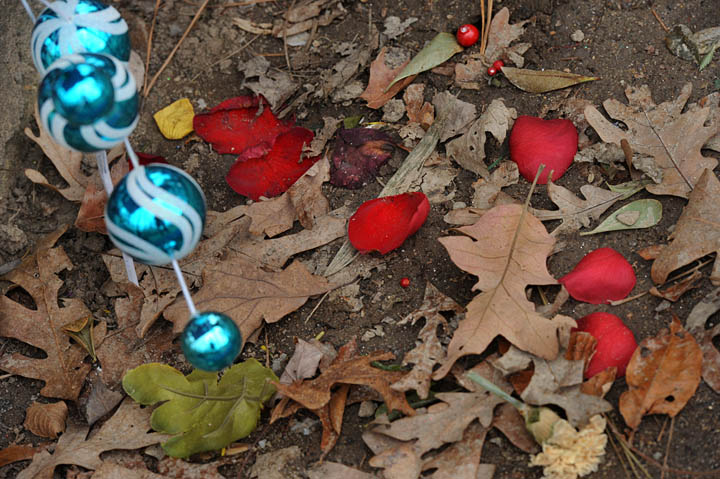 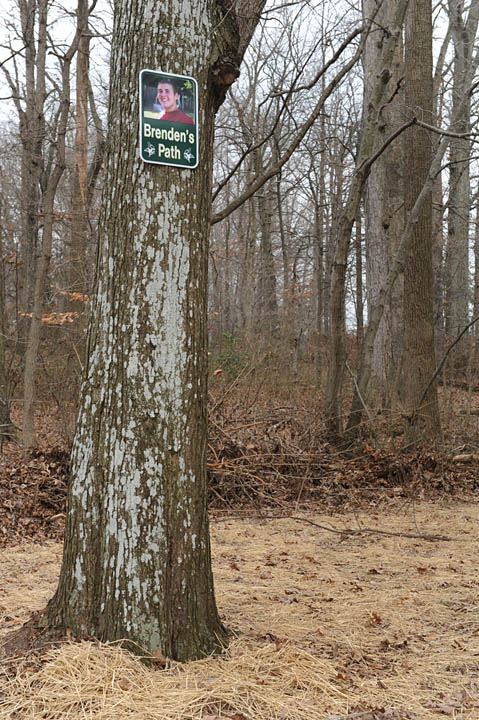 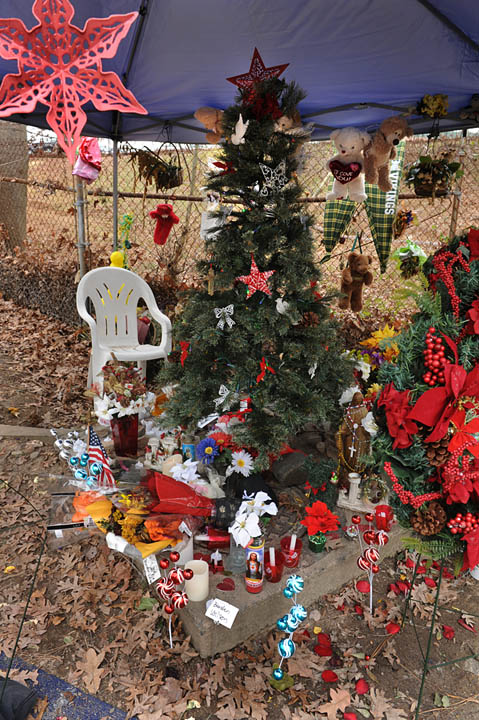 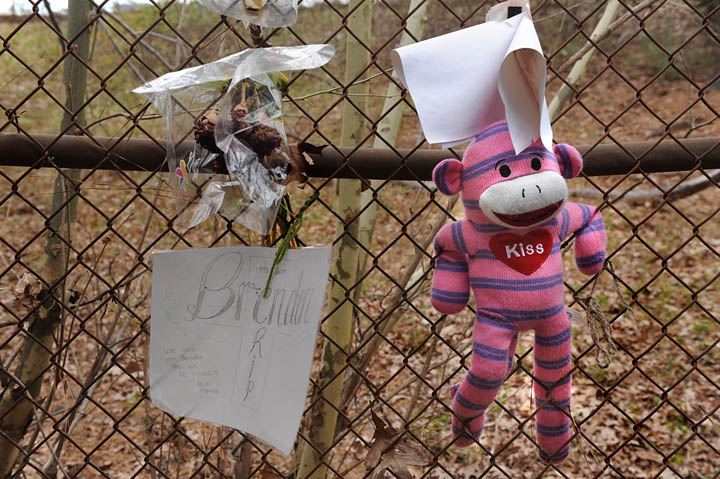 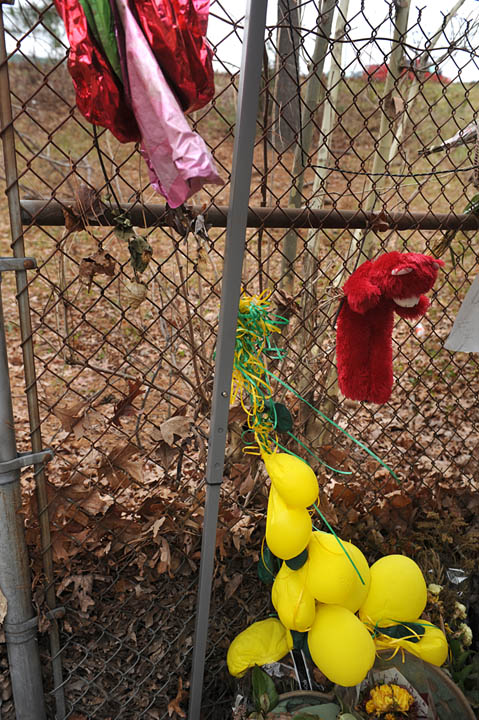 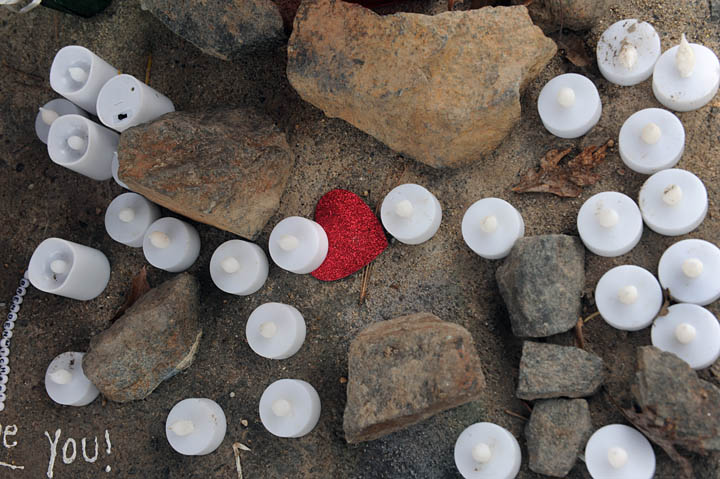 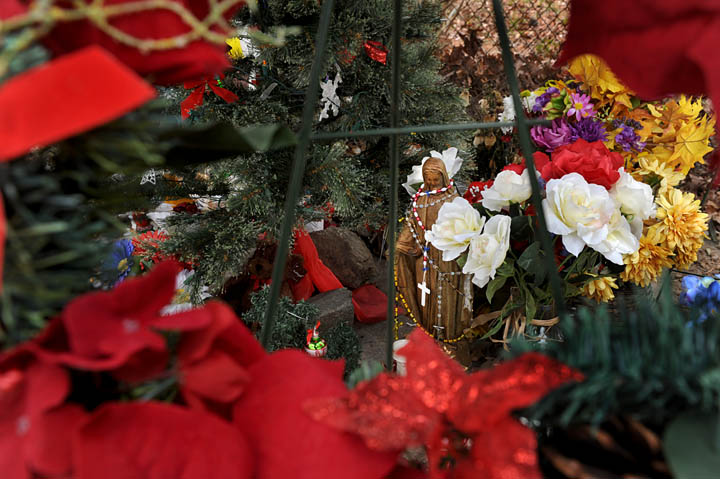 This was among the largest memorials I have encountered in the past dozen years. It is on a path immediately adjacent to the high school he attended. Obviously Mr. Wilson's loss had a powerful affect on his family and community. I wish them all peace and healing.
Posted by Lloyd at 4:45 PM

Thank you for posting this. Some of the information is not accurate. Brenden didn't know all involved and it wasn't a robbery. As his Mother I will have to wait for trial to clear his name. I have more pictures. We decorated for New year's and his birthday was January 10th exactly 2 months after his murder. If you want me to send pictures please let me know. I make sure it's always lit up.
Sincerely, Vikki Wilson-Moore

Peace to you and your family. I trust truth and justice will emerge.