From a DC police report: On Friday, February 28, 2014, at approximately 7:45 pm, police officers from the Sixth District responded to a call for a report of a shooting in the 5000 block of Lee Street NE, Washington DC. Upon arrival, they located two adult males suffering from apparent gunshot wounds. The first shooting victim, identified as Khalid Jamal Bryant, 34, exhibited no signs consistent with life and remained on the scene. DC Fire and EMS transported the second shooting victim, identified as Emmanuel Bryant, 26, to a local hospital, where he was pronounced dead. He was transported to the Office of the Chief Medical Examiner in Baltimore, Maryland, where an autopsy will be performed to ascertain cause and manner of death.

There have been two double homicides in the District in the past couple of weeks.

This shrine of candles, flowers, libations, and teddy bears, was next to a church near the home they were slain in.

Rest in peace, both the dead and the living. 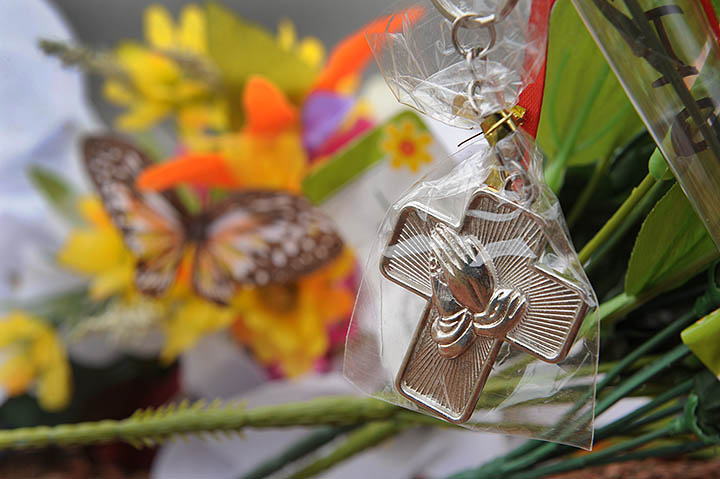 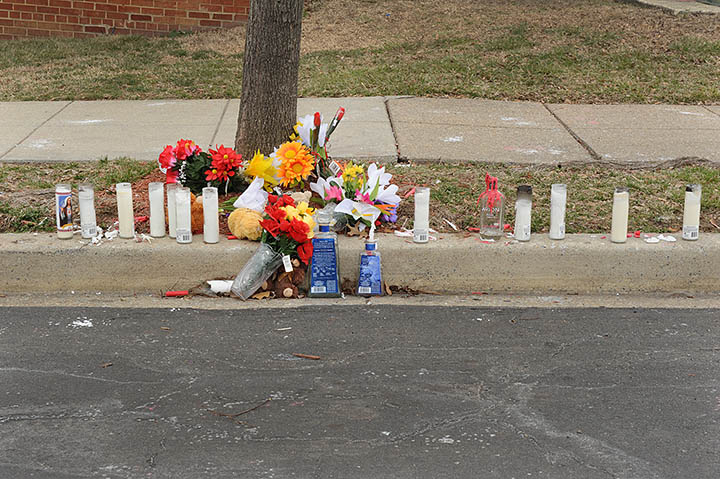 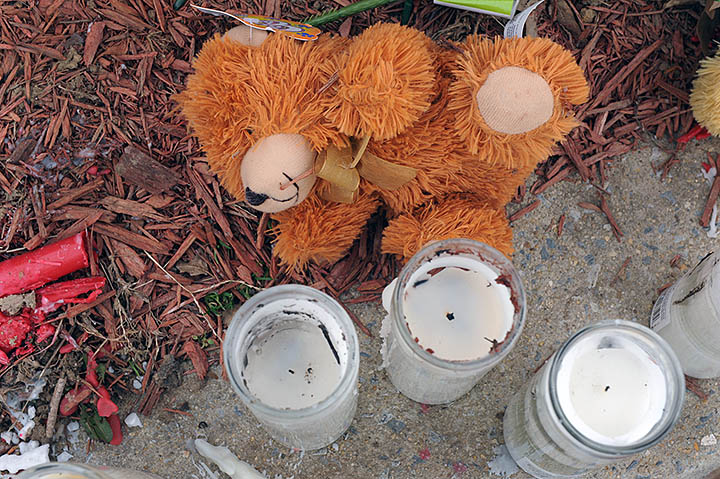 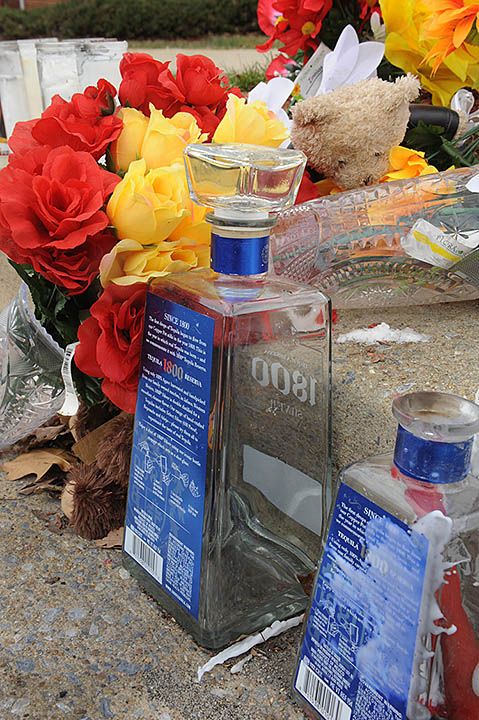 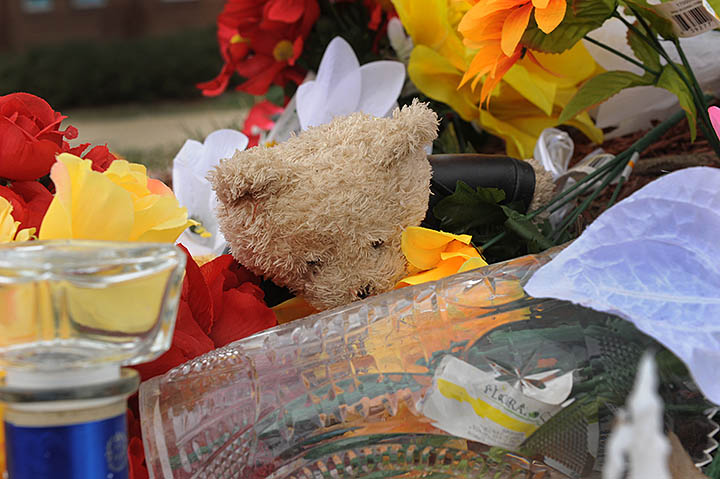 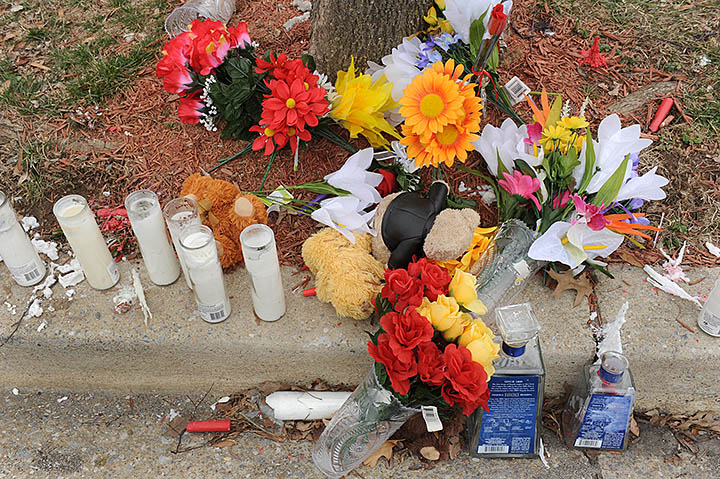 There is more information about them at Homicide Watch.

Wait a minute, I don't understand. The shootings were in DC and autopsies in Balto?? What gives? #2 If I were DC Chief, the site was frequently target of a lot of killings. at night, I wouold have posted unmarked heavily armed cops on station there to get a jump. Unless you couldn't get volunteers. Huh?

Roger,
Lee street is very close to the Maryland line. It is very likely that due to severity of injuries, person was taken to PG Hosp which is the closest hospital to Lee street. Because that is Maryland and the person thus died IN Maryland, their body was taken to the medical examiner's office for Maryland, which is in Baltimore.