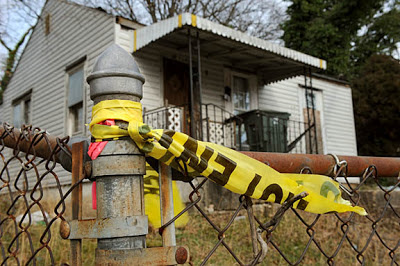 All I encountered at the site was this remnant of DC police crime tape, and the winter wind...
Posted by Lloyd at 3:04 PM