This yellow police tape marks the site of the slaying of an unidentified man. 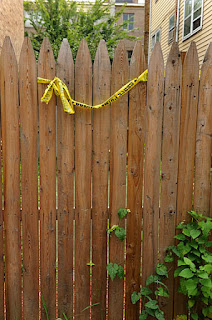 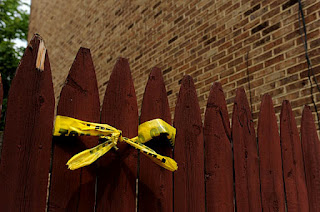 From a DC police report: On Saturday, August 18, 2012, at approximately 3:15 pm units from the Sixth District responded for the report of an unconscious person in the 1900 block of Curtis Court SE, Washington DC.  Upon arrival, they located the remains of an adult male. DC Fire and EMS did not find any signs of life.  The victim was pronounced dead by a member of the Office of the Chief Medical Examiner. An autopsy revealed the cause of death was multiple blunt impact injuries and the manner of death was ruled homicide. The decedent’s identity is unknown at this time.
Posted by Lloyd at 9:00 PM