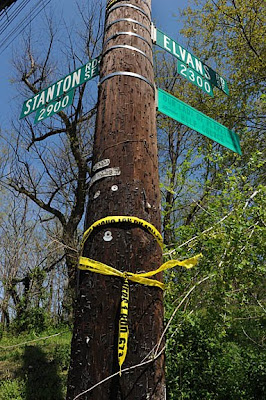 The sign on the pole above the tape points the way to "Our Lady of Perpetual Help" Church.
Posted by Lloyd at 10:17 PM