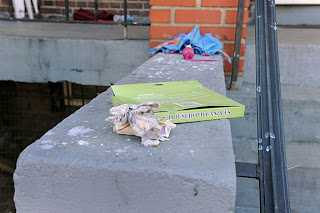 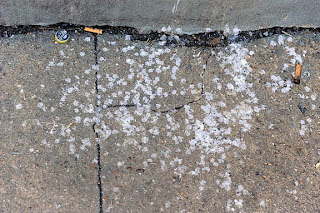 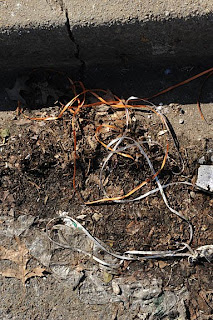 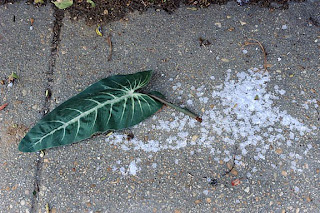 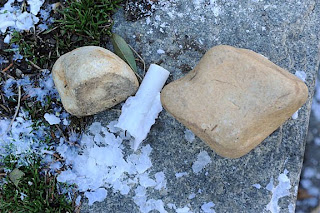 I found these remnants of massed candles from the vigil for this young woman, who lost her life on February 19, 2011.
From the DC police report: On Saturday, February 19, 2011, at approximately 7 pm, units from the Third District were dispatched to Sherman Avenue and Columbia Road NW, Washington DC, to investigate the sounds of gunshots. Upon arrival, three gunshot victims were located. A female victim, Lucki Nancy Pannell, 18, was located in front of a residence in the 3000 block of Sherman Avenue, NW. Two adult male victims were located in the 700 block of Harvard Street, NW. DC Fire and EMS transported all three victims to local hospitals. Ms. Pannell succumbed to her injuries and was later pronounced dead.
Preliminary investigation has revealed that all three victims were shot in the 3000 block of Sherman Avenue NW. The two male surviving victims ran from the scene to the 700 block of Harvard Street NW.

There is more on this sad turn of events at HomicideWatch.com's site:
http://homicidewatch.org/category/victims/lucki-pannell

Another small shrine remnant from 2008 is just a few yards away. See: http://dcshrines.blogspot.com/2008/01/christmas-shrine-to-young-girl.html
Posted by Lloyd at 3:36 PM

I haven't checked your blog for a long time--I'm so glad you are still at it!