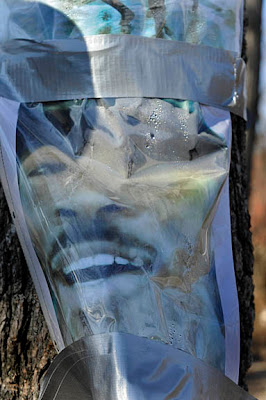 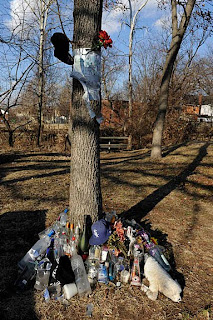 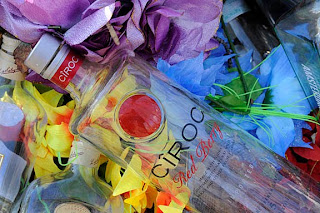 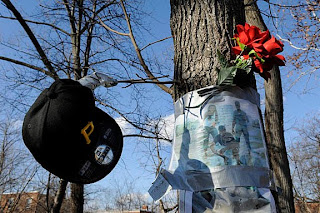 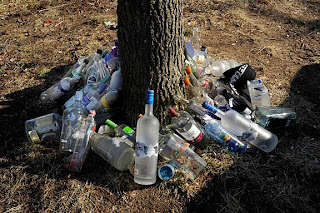 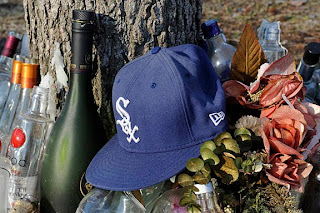 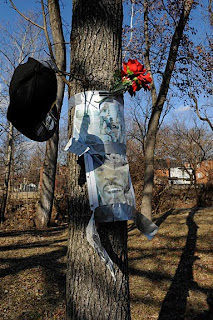 From police reports: On Wednesday, January 5, 2011, at approximately 7:20 pm, units from the Sixth District responded to the 4200 block of Gault Place NE, Washington DC, for the report of a shooting. Upon their arrival on the scene, they located the victim, Nicholas Satcher, 22, of NE, suffering from a gunshot wound. The victim was transported to a local hospital where he succumbed to his injuries and was pronounced dead.

On January 5, 2011, Ronald Page, 58, of Northeast DC was arrested and charged with Murder One while Armed.

This shrine was in a small park in the 4400 block of Grant Street NE, about 2 blocks from the house where Mr. Satcher was killed. I spoke with two of his friends at the site, who had participated in creating the shrine and taken place in a vigil.

Some information on the vigil is on homicidewatch.org