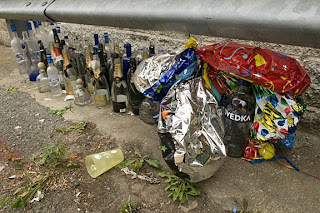 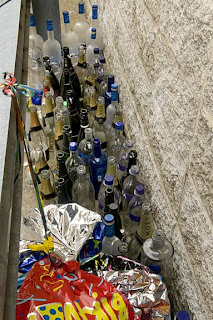 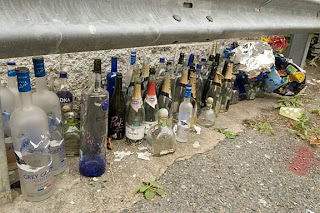 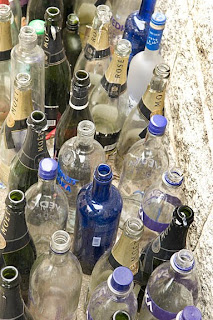 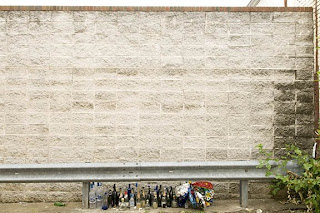 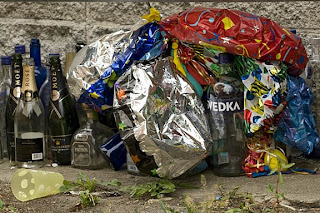 This shrine to Paul Jones, 17, is in an alley adjacent to the 600 block of Morton St NW Washington DC. It is just off Georgia Avenue, behind a row of modest shops.

A large group of tough young men, all dressed alike, were openly smoking marijauna (blunts) & playing craps- in broad daylight - in the street where I was searching. The area is a Federal housing project, and there are uniformed security personnel present.

I was looking for a possible shrine to Dewayne Coles, 20, who was killed in this block on July 4, 2009. A resident told me that there was no shrine built to him, but there was one to Mr. Jones nearby, who had been murdered a few months earlier.

From police reports on the homicide of Mr. Jones:
At 9:15 pm, on Friday, January 9, 2009, members of the department’s 3rd District and DC Fire & EMS responded to the rear of the 1300 block of Columbia Rd, NW for the report of a shooting. Upon arrival, they located Paul Jones, 17, of the 600 block of Morton Street, NW, suffering from multiple gunshot wounds to the body and head. He was pronounced dead on the scene.

This is a very violent neighborhood. It's the first time I felt momentarily sketchy about my own safety while working documenting street memorials... the police cruiser parked down the block was a reassurance.
Posted by Lloyd at 6:04 PM

Groups of young men they dressed alike is it...