Sneakers in memory of Gregory Manago 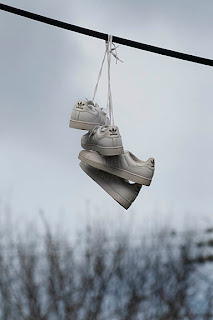 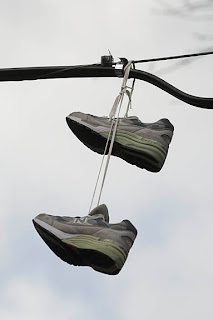 These two separate sets of new white sneakers tossed over powerlines mark the site of the passage of Gregory Manago.

According to press reports, Mr. Manago, 25, was shot several times in the 3500 block of Stanton Rd SE, Washington DC,
shortly before 1:00 AM on January 2nd 2009. He died in a DC hospital on January 8th at 8:22 AM. The shooting is still under investigation by police.