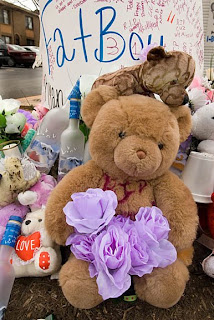 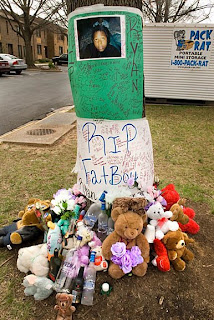 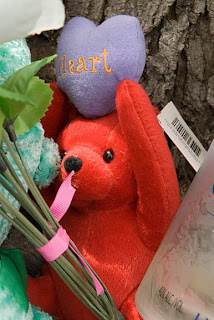 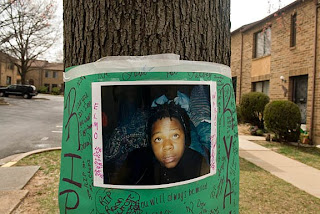 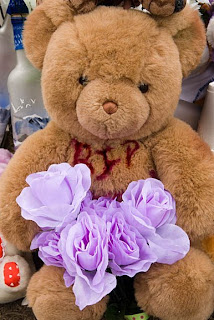 15-year-old Ryan Travon Harris was shot in the head and killed Sunday March 16, 2008, about 2:00 AM in Washington, DC. This shrine, near his grandmother's home in the 3100 block of Apple Rd NE, is near the spot where he was found dead.

According to the Washington Post, a vigil was held the day after his murder. More than fifty local youths turned out, expressing the feeling that "he didn't deserve this." A neighborhood activist, Mr Robert King, said he was touched by the turnout for the murdered teenager, who was affectionatly known as Fat Boy, and by the determination of those at the vigil to end gun violence.The area has has generally been free of much of the city's worst crimes.

Ryan's brother Roderick Harris told the Post "He was a good person... he always made you smile."

A sad, quick end to a young life.