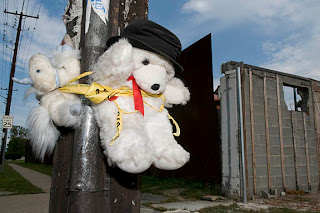 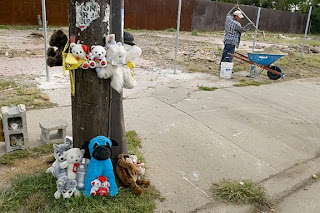 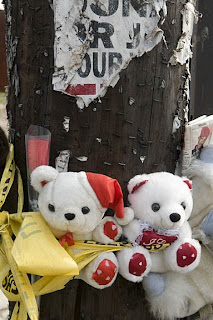 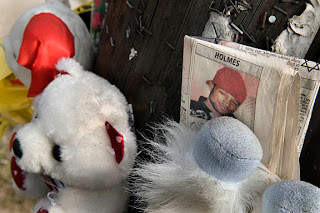 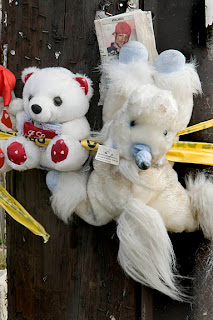 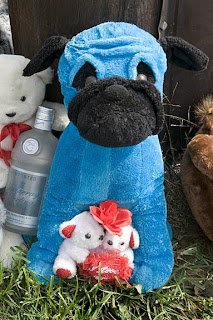 This shrine to Cedric Nathaniel Holmes, 30, of Bowie, Maryland, is in the 1700 block of Olive Street, in Capitol Heights, Maryland.
Mr. Holmes was found fatally shot near here about six PM on September 15, 2009.

The site is only about fifty yards from the DC line, in a rough-and-tumble industrial area that is being rebuilt.

Joseph Duane Jackson, 31, was arrested on September 24th, and charged with first degree murder in the death of Mr. Holmes.
Posted by Lloyd at 11:35 PM

Let his soul be in a calm and peaceful place, as we all are heading there when our time come.

another bro, another mother crying for a missing son, more tears shed, when this madness is gonna stop, how many life need the human take to satisfy themselves? R.I.P my bro, see you in the corner pal.