For Andre Pate: Winnie the Pooh, a green bear, and a framed photograph 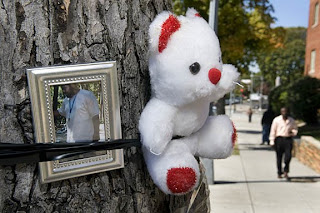 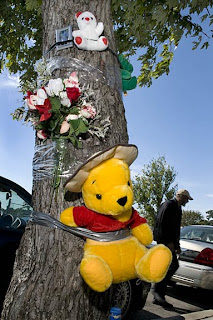 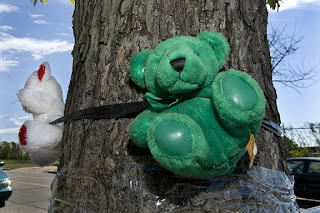 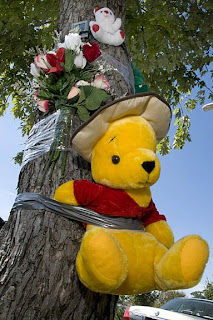 This shrine in front of 1606 K Street NE, Washington, DC, is in memory of Andre Pate, 30, who was fatally shot at this location.

According to police, gunfire was detected at 5:45 PM on October 1, 2009. The police report mentions that a fight had occurred, but the circumstances were not clear,
Mr. Pate, who had lived in Suitland, MD, died after he was found and transported to a nearby hospital.
Posted by Lloyd at 8:59 AM

Sometimes you think your friends are your friends, but really their your enemys. a true friend will never run away and leave you there to bleed, he will comfort you at your time of need. all im saying is, detectives should investigate closer to the people that are right in front of them instead of so far away. Andre, i miss you and love you soo much, i will forever be your, "pshyco from out the county" and youir "fat face"