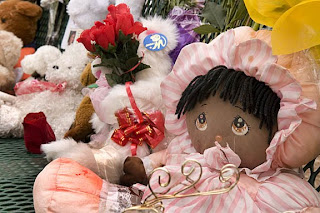 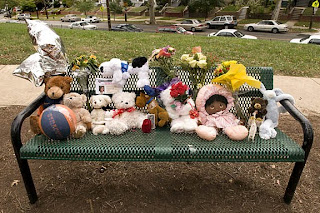 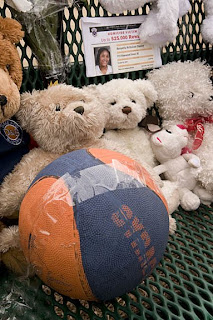 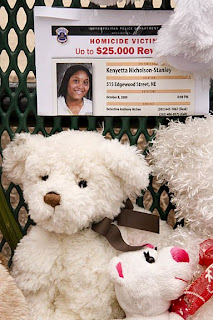 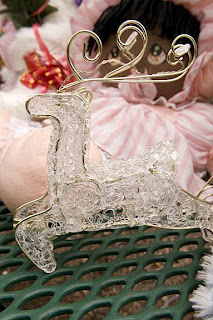 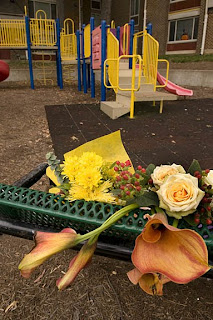 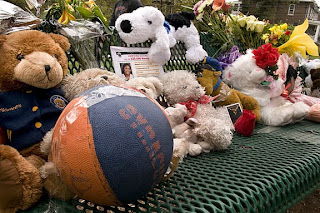 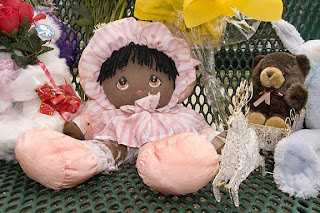 A shrine to Kenyetta D Nicholson-Stanley, 17, has been created adjacent to the playground of the Edgewood Terrace Apartments, 525 Edgewood Street NE, Washington DC.

At this spot on October 11, 2009, at about 8:20 PM, Ms. Nicholson-Stanley was caught in a cross-fire of gunshots between a security guard and one or two masked assailants. She had been speaking with the guard before the gunfire began.
Police, and several neighbors I spoke to, were unclear who fired the fatal shot.

There is a reward posted for the arrest of the gunmen.

An older neighbor I spoke to said this had been a quiet neighborhood before these apartments were built in the 1970's.

May this innocent young woman and her family have peace.

UPDATE:
I revisited and photographed Kenyetta's shrine on May 7, 2010, with Danny Harris of www.peoplesdistrict.com

The memorial has obviously been well kept up and renewed in her memory.
It in the same block as the memorial for Dezmine Perkins, 16, who was slain on May 1, 2010. 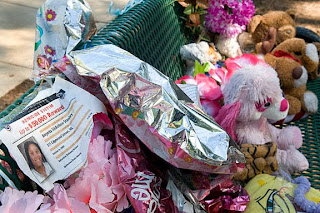 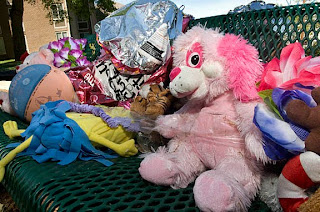 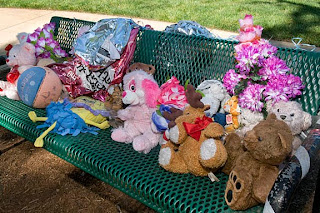 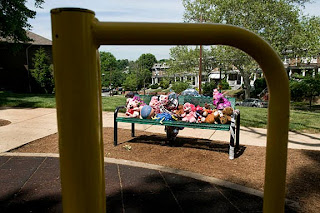 Another way to remember Kenyetta has also been created: a memorial fund has been set up for her at her school, Hyde Leadership Public Charter School. Donations should be sent to the Hyde Leadership Public Charter School 101 T St. NE Washington, DC 20002 Attn: Jo Ann Cason, Ed. D. marked as memorial gift for Kenyetta D. Nicholson-Stanley. Hyde works to develop leadership. Also, Kenyetta will be missed by the Beacon House family.