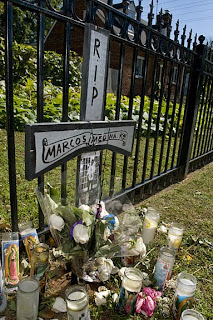 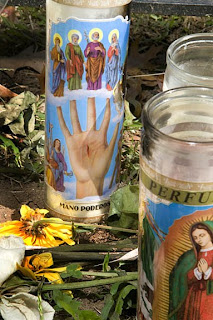 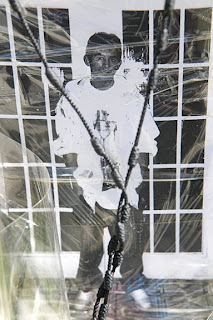 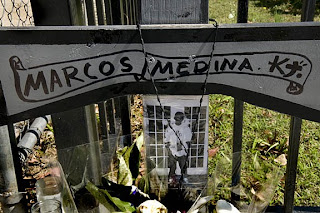 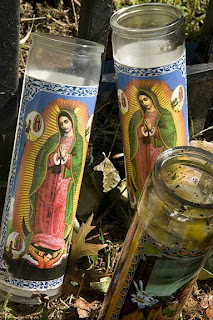 Marcos Medina, 16, was fatally shot during an argument in the 5300 block of 56th Avenue in Riverdale, Maryland, on September 30, 2009. A 17 year-old was also shot, and after treatment was released from the hospital.

This shrine, in a primamrliy Latino immigrant community, is next to a driveway and a fertile squash garden.