Abdullah Fuller- in a quiet way 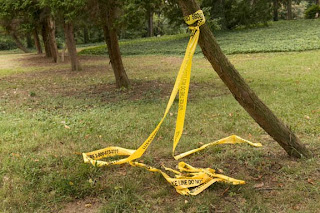 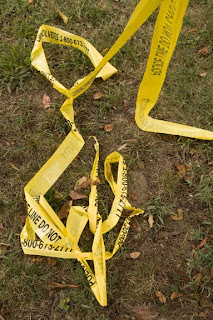 Remnants of crime-scene tape in a quiet well-kept park across from a secluded Franciscan Monastery, near 1300 Perry Street NW, Washington, DC. It is about as tranquil a spot as can be found in DC.
Abdullah Fuller, of Newton Street NE, was found about five AM on September 20, 2009 with at least two gunshot wounds in the 1300 block of Perry Street NE. When police arrived they found the unconscious victim lying in the street suffering from multiple gunshot wounds; he was later pronounced dead.

According to the Washington Post "A neighbor called Fuller a “likeable, easygoing husband and father who worked at a grocery store in the District. The killing" he said, “just shocks me.”'