This large shrine had many people in the vicinity when I documented it.

From a DC police report: Detectives from the Metropolitan Police Department’s Homicide Branch are investigating a fatal shooting that occurred in the 3500 block of Stanton Road SE, Washington DC, on Friday, April 14, 2017. At approximately 8:05 pm, members of the Seventh District responded to a report of the sounds of gunshots. Upon arrival on the scene, officers located two adult males. Each was suffering from multiple gunshot wounds. DC Fire and EMS personnel were called to the scene and transported both victims to local hospitals. The first victim was admitted with life threatening injuries. The second victim was admitted in critical but stable condition. On Sunday, April 30, 2017, the first victim succumbed to his injuries and was pronounced dead. The decedent has been identified as Michael Derricote, 26, of Upper Marlboro, MD.

Thanks to reporter John Muller for his assistance. 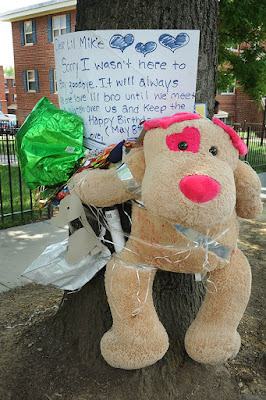 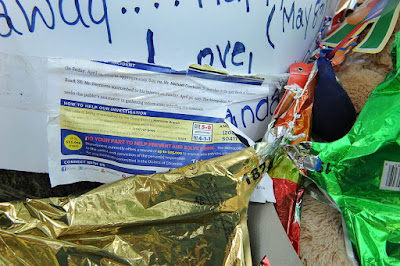 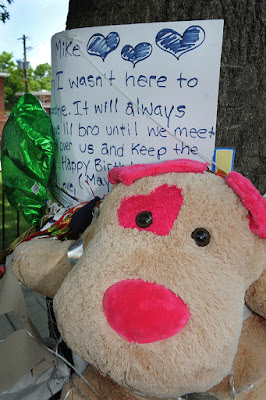