Fliers promoting the opening of a bookstore named in her honor, police posters that offer a reward for the arrest of her killer, and the deep impact of a bullet mark a bus shelter at the intersection of Good Hope and Naylor Roads SE, Washington DC; the site of the death of journalist Charnice Milton. 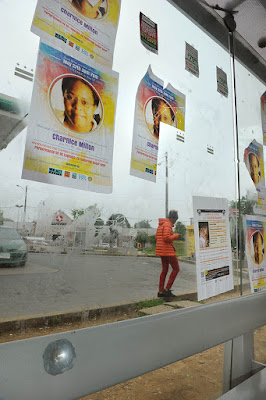 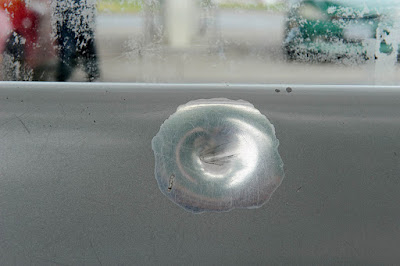 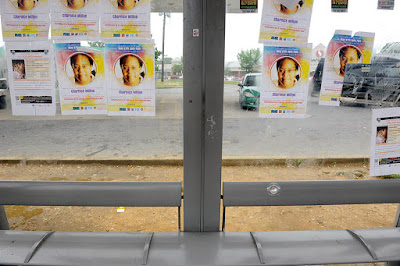 From a DC police report: Detectives from the Metropolitan Police Department’s Homicide Branch are investigating a homicide that occurred on Wednesday, May 27, 2015 at approximately 9:41 pm.
Officers investigating the sound of gunshots in the area of Good Hope and Naylor Roads SE located an adult female suffering from an apparent gunshot wound in the 2700 block of Good Hope Road SE. The decedent was transported to a local hospital where she succumbed to her injuries. The decedent has been identified as Charnice Milton, 27, of Southeast, DC.

Ms. Milton was a highly-respected young journalist covering the community she grew up in.

Her killers have not been found.

A bookstore named in her honor has just opened in the basement of We Act Radio at 1918 Martin Luther King Jr. Ave SE, Washington DC. Her colleague, reporter and noted local historian John Muller, was instrumental in bringing about this appropriate living tribute to Ms. Milton.

May her work and memory ever be for a blessing.

Thanks to John Muller for his significant help in this matter.

May she too, and this community, know peace.