Detectives from the Metropolitan Police Department’s Homicide Branch have announced a second arrest has been made in the fatal shooting that occurred in the 1300 block of Howard Road SE, Washington DC, on Sunday, November 27, 2016. At approximately 4:12 pm, members of the Seventh District responded to a call for a shooting. Upon arrival, members located an adult male, unconscious and unresponsive, suffering from a gunshot wound. DC Fire and EMS responded to the scene and transported the victim to a local hospital where all lifesaving efforts failed and he was pronounced dead. The decedent has been identified as Orlando Donald Silver, III, 37, of Washington, DC.

Pictured  at the shrine is Jayon, also know as J-man, Orlando Donald Silver, III's cousin. The neighborhood is called "Da Manor," or sometimes Oxford Manor. Jayon said his cousin was a good person, and visits the shrine often.

Thanks to reporter John Muller for his help in finding this site, and his knowledge of the community. 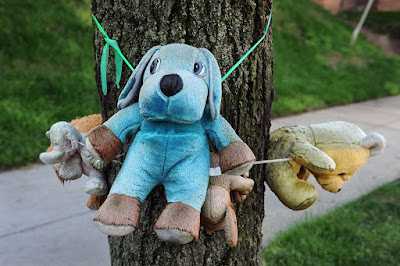 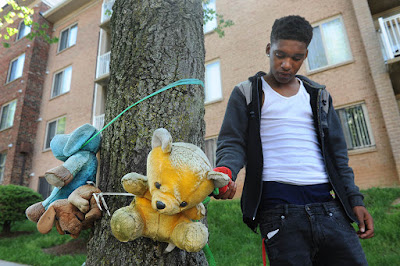 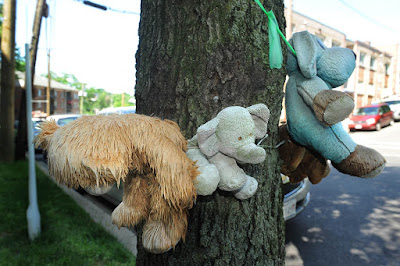